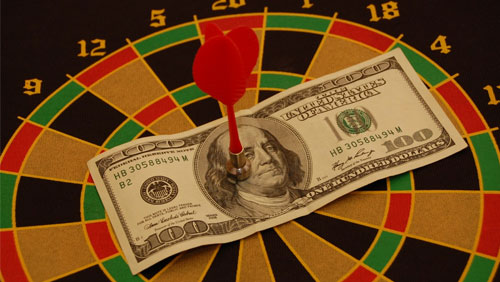 In 2001, Nevada lawmakers passed a measure that allowed large corporate users, such as casinos, to switch from utility company NV Energy to alternative providers if the switch, according to the Nevada Public Utilities Commission (PUC), wouldn’t impact public interest. The switch would incur an “exit fee” established by the commission, which is used to compensate the utility’s residential customers for NV Energy’s investments. Now, the utility company is looking for larger exit fees in a move that could described as a method of extortion to coerce companies into not switching.

Last week, NV Energy delivered its “alternative impact analysis” to the PUC, arguing that the formula used to calculate the exit fee needs to be changed. It also said that the company stands to lose millions of dollars as more industrial and large commercial customers switch if the formula isn’t changed.

The utility asserted that its remaining customer base would be forced to pay base rates that are $17 million higher during the next general review proceeding and $30.3 million more in the proceeding that follows if the PUC doesn’t allow an update to the formula.

In order to alleviate the problem, NV Energy wants the exit fee increased from its current six-year assessment to 18 years. It is also requesting that the PUC change the timeframe for non-bypassable charges from six years, its current level, to nine years.

The request was prompted by the recent request by the South Point Hotel and Casino in Las Vegas to drop NV Energy. South Point would follow a number of other large casinos in Vegas to have opted to use alternative energy providers, including Caesars Entertainment and MGM Resorts. When Caesars switched in 2017, it had to pay an exit fee of $47.5 million—MGM paid $86.9 million a year earlier.

Digging deeper into NV Energy, it becomes apparent why it believes it can force customers to pay more or extort more money from businesses that want to choose a competitor. The company is owned by Berkshire Hathaway Energy, which is a subsidiary of Berkshire Hathaway. If that name rings a bell, it’s because it was founded, and is still owned, by mega-billionaire Warren Buffett.