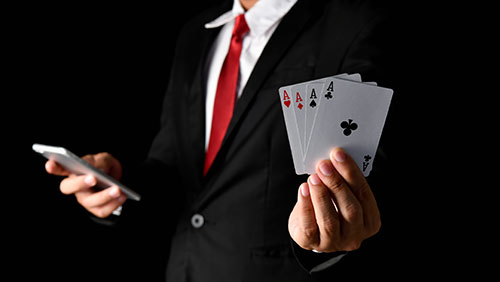 Many industries suffer a lack of corporate social responsibility (CSR). Facebook is accused of not policing fake news. Banks are accused of deceiving customers. As a result of increased scrutiny and pressure, one consultant says online gambling represents the model of vigilance in this respect.

Aideen Shortt spoke to Gambling Insider for an upcoming edition of their magazine. She said, “More is being done in the online gaming industry – by genuine responsible choice and by enforced legislation – than in any other industry I can think of.”

Shortt cites a laundry list of reasons for why this is the case. Online gambling has to adhere to multiple jurisdictions, counter-terrorism and money laundering laws, responsible gambling laws, and, in effect, stay a few steps ahead of regulations to curry favor with politicians. As a result, online gambling operations are run more ethically and responsibly than many other industries.

“How can we reasonably do anything more?” said Shortt. “Yes, the occasional vulnerable person slips through the net or an advert pushes ASA (Advertising Standards Agency) boundaries – and the world goes mad as if we’re killing kittens.”

That’s part of the curse of the industry. Online gambling isn’t seen as a standard form of entertainment, like video games for example, although many of the same mechanics can apply and should be regulated. As the activity of gambling is destined to be seen as a vice, it gets additional pressure.

Despite the adversity though, operators thrive, and seek out regulation to have a better footing. Shortt says that the industry should be careful not to brag about this reputation though. She tells the news outlet:

“Gambling is in the public eye, it’s the darling of the naysayers, but I don’t think companies should spend more time and money publicising their CSR; rather to attempt to convince a disinterested and disbelieving audience something that’s going to fall on deaf ears as long as a snappy headline exists.”

That’s the rub. Operators in the industry provide a better regulated product than most other industries, and provide entertainment to millions as a result. But because society needs a scapegoat, the industry continuously has to be at the cutting edge of responsibility, or fear losing the privilege of running their business to a less scrupulous black market. Such is life.