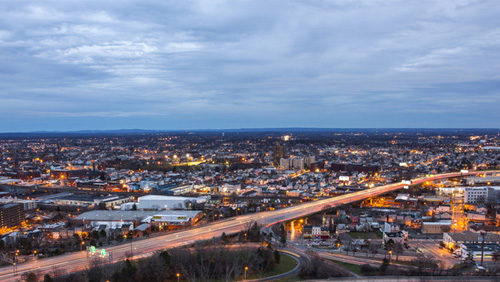 Bet365, the UK-based online gambling operator, is ready to take New Jersey, and the U.S., by storm. It has made its first step into the state, signing a lease for a piece of real estate that will most likely serve as its operational center as it plans on making its way across the country. If everything goes according to plan, it could be ready to launch online sports gambling in New Jersey this summer.

The company is ready to start outfitting its new 19,000-square-foot space at the Two Greentree Center in Marlton, about 50 miles from Atlantic City. The move follows Bet365’s announcement last summer that it was considering a New Jersey launch for its sports betting operations and that it was in talks with a local gambling operator, as is required by New Jersey law, to make it happen.

In the end, Bet365 and the Hard Rock Hotel & Casino Atlantic City joined forces to provide the sportsbook. The Hard Rock property was first opened in June 2018, taking the place of the former Trump Taj Mahal in the gambling city. There were initial concerns that Hard Rock might not be able to offer a sportsbooks due to a naming rights deal between its parent company and the Hard Rock Stadium in Florida, but Hard Rock Atlantic City was able to eventually secure licenses to operate both a physical sportsbook and online gambling operations in New Jersey.

Bet365 may have entered the New Jersey sports gambling market a little late, but it is ready to make up for lost time. It is reportedly looking to move into New York soon and has already inked a deal with Empire Resorts, the casino operator behind the Resorts World Catskills in Monticello, in order to expand into New York once online gambling becomes regulated in the state.

The sports gambling website to be offered by Bet365 in New Jersey will be a Bet365-branded endeavor—Hard Rock is involved in name only. While all indications are that operations are set to launch this summer, there has yet to be an official date established.