South Dakota turns its back on sports gambling 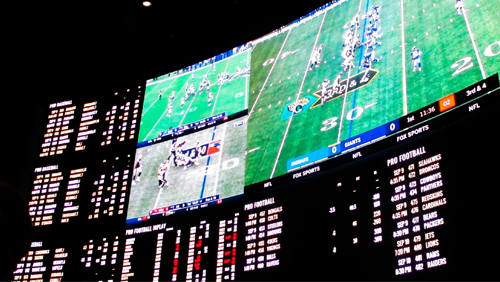 How quickly things can change when politicians feel they don’t need to listen to their constituents. A month ago, a committee in South Dakota’s Senate showed favor for a sports gambling bill that was being considered. The bill was expected to be well received at almost all levels, as the state is facing local competition that could see it lose valuable revenue as gamblers go across state lines to place their wagers. Despite being supported by residents and lawmakers, the bill was always going to face a challenge at the top rung of the ladder, but it didn’t even make it that far.

The state’s Senate Affairs Committee approved a proposal to allow sports wagers in Deadwood last month by a 5-4 vote. On Monday, however, the South Dakota House State Affairs Committee voted against it by a vote of 7-3. After the bill’s defeat, representatives used a procedural move that pushed it to the floor and the fight continues as the bill will now have to be considered by the House.

Backers of the bill are prepared to do everything in their power to see the bill through to the end. The executive director of the Deadwood Gaming Association (DGA), Mike Rodman, asserts that the bill’s proponents are exploring all of the legislative options to find support and that they will ultimately gather signatures to put the bill on a voter ballot next year if necessary. He believes it should be up to the voters of the state to decide whether or not sports gambling should be allowed.

If their efforts fail along the legislative path, supporters will need 34,000 signatures to have the measure put on the state’s ballot. Rodman states, “We believe that people have a right to have their say in sports betting, and we want to give them that opportunity.”

Even if everything goes according to plan for the DGA and voters approve sports gambling, there will still be many obstacles. The state’s governor, Kristi Noem, is adamantly opposed to the activity and is prepared to do everything she can to prevent sports gambling from seeing the light of day in her state.