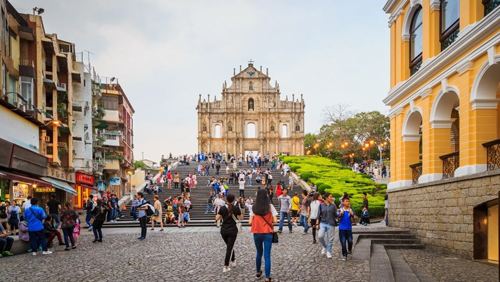 Macau saw an increase in tourist arrivals of 9.8% for all of 2018, with 35.8 million arrivals recorded across the 12-month period. Things are already getting off to a good start in 2019 and, if the current pace is maintained, the overall figures for this year will be even greater. This past January, arrives jumped 25% year-on-year.

A total of 3.4 million tourist arrivals were logged in January. 1.78 million single-day visitors headed to the city—41.8% more than in January 2018—with the average visit lasting just under five hours. That was the same amount of time as was seen a year earlier. This segment made up the majority of the visitation, accounting for 52.1% of all of Macau’s visitors. In January of last year, the segment only accounted for 45.9%.

The overall average of a visitor’s stay was 1.2 days. Compared to the same period last year, this was a decline of one-tenth of a day. The number of visiting spending the night in the city increased 10.7%, reaching 1.64 million and the average length of stay was 2.2 days, one-tenth of a day longer than a year prior.

As is typically the case, Chinese visitation accounted for the largest segment and increased by 29.9% year-on-year. Almost 2.51 million Chinese mainlanders visited Macau in January, with the majority—1.14 million—originating in the Guangdong province. Next was the Hunan province, with around 98,000, followed by the Fujian province, with 79,000. Chinese tourists arriving as individuals—and not part of a tour group—ncreased 45.2% to just over 1.3 million.

While the number of tourist arrivals does not directly correlate to an increase in gambling activity, it is often used as a gauge by the casino industry in order to map the health of the business. As more visitors make the trek to Macau, it gives the casinos a larger pool of potential customers to whom they can advertise and convince to take a seat at the gambling tables.