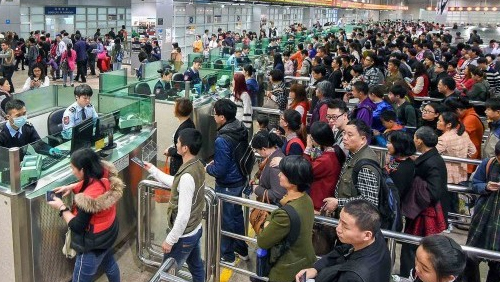 If 2018 was a good year for Macau tourism, 2019 is expected to be even better. Last year, the city received 35.8 million tourists, an increase of 9.8% over 2017. This year, the number could jump to more than 38 million, according to the director of the Macao Government Tourism Office (MGTO), Maria Helena de Senna Fernandes.

Fernandes anticipates a climb in tourism of between 5-6% this year. She made her prediction while speaking to reporters during a press conference yesterday, adding that the number will increase by 8-9% during the Chinese New Year period. The Chinese New Year is February 5 and the jump is expected, in part, due to the opening of the Hong Kong-Zhuhai-Macau Bridge (HKZMB) last October.

Fernandes stated, “The HKZMB is very significant. Our data shows that in a very short period [since the opening on October 24 until the end of 2018] over 1 million visitors entered Macau via the Bridge.”  She also stated that the bridge has become the second largest port of entry since opening.

She further pointed out, “We are going to have some research on visitor behavior to formulate promotion strategies [for the Bridge]. We will be working on the possibility to make the bridge more accessible, especially in what concerns the Hong Kong airport to make it easier [to use] by the visitors.”

The MGTO is going after the European market in particular to boost tourism numbers, but wants to attract larger segments from all international markets. It is developing a plan it has dubbed “smart tourism” and is also introducing strategies that part of Macau’s Tourism Industry Development Master Plan that was published in September 2017.

In looking to boost international tourism, the bureau is going to promote the local catering sector and will be introducing “international gastronomic events.” This is an effort to strengthen the city’s appeal as a “Creative City of Gastronomy,” which looks to highlight Macau’s food traditions in conjunction with an initiative created by UNESCO on the same topic.

In addition, Macau tourism officials want to create a program that would see Macau become a tourism-education and training base that can serve the Guangdong-Hong Kong-Macau Greater Bay Area. This is a program that was begun by China’s central government in an effort to integrate Guangdong province’s people and economies on the mainland, as well as those of Macau and Hong Kong.