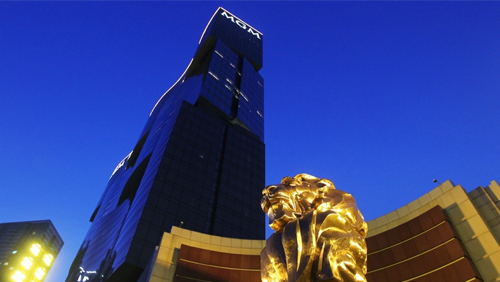 MGM China Holdings has released its fourth-quarter financial report today and things are looking good. The company reported revenue for the quarter of $685.1 million, an increase of 33.2% over the same period last year. One of the main drivers behind the success was the company’s second property in Macau, the MGM Cotai.

EBITDA (earnings before interest, taxes, depreciation and amortization) for the quarter increased by 9.1% year-on-year to reach $179.67 million. For the fourth quarter of 2017, it was $164.38 million.

Aggregate revenue for the entire year jumped 32.6% year-on-year to $2.44 billion. The full-year EBITDA was round $616.75 million, a considerable increase above the $584.91 million seen in the year prior.

MGM Cotai opened in February of last year, helping the company find a considerable boost in revenue. Prior to that, only the MGM Macau on the Macau peninsula had been in operation.

MGM China’s parent company, MGM Resorts, held a conference call with analysts after the report was released. Its chairman and CEO, James Murren, explained, “Our focus [in Macau] is in increasing our market share as all the amenities in Cotai become fully available. We’re pleased that our VIP junket areas are open, the Mansion high-end casino is now operational, and the Mansion [accommodation], which is stunning, will soon be receiving guests.”

In mentioning the Mansion, Murren is referring to a group of luxury accommodations that are being built at several of the company’s properties in a handful of markets.

MGM Cotai contributed $286.71 million to the company’s bottom line since it opened. The venue’s EBITDA was $58.98 million.

While MGM Cotai gave the company a boost, MGM Macau took some of it away. Its revenue dropped 22.5% year-on-year and was just $398.86 million. Adjusted EBITDA also fell, receding 26.7% to around $121 million.

MGM China CEO Grant Bowie said in a statement, “We are building the momentum at MGM Cotai. We are also very excited about the launch of Mansion villas which aim to provide unique and exclusive experiences for our high-quality customers.”

Bowie added, “Our focus is on getting all the elements at MGM Cotai fully open and continue to take market share. We believe MGM Cotai will drive greater product diversification and bring more advanced and innovative forms of entertainment to Macau as it grows as a global tourism destination.”

When asked during the call how the Chinese New Year, February 4-10, impacted the company’s finances, Bowie replied, “It [the week-long holiday period] was solid for us. A lot of traffic in the city, it looks like the [Hong Kong-Zhuhai-Macau] Bridge has driven a lot of traffic, but probably – as we see through our channel checks – that hasn’t converted into gaming revenue. But we are also seeing indication that play is extending longer, particularly in the upper end of the market.”