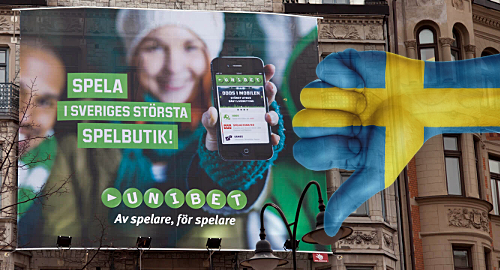 Sweden’s new online gambling operators may lose their ability to market their products entirely if the government takes note of new survey results.

A new survey by Swedish market researchers Sifo shows more than half (53%) of Swedes believe gambling advertising should be banned. Throw in the other 30% who at least partially agree with that statement and the future of Swedish gambling advertising looks downright bleak indeed.

The latest survey results would be bad enough were it not for the fact that Minister of Civil Affairs Ardalan Shekarabi has summoned all 69 Swedish online gambling licensees to a meeting on Thursday (14) to discuss their marketing activities. Earlier this month, Shekarabi publicly mused about following the UK’s lead and banning all gambling promos during live sports broadcasts.

On Tuesday, Shekarabi told SVT News that he recognized the public’s growing “frustration” with gambling advertising and repeated his threat that new restrictions would be forthcoming if operators couldn’t demonstrate some moderation in their marketing efforts.

Jenny Nilzon, CEO of the Swedish Gambling Association (SPER), said she understood the public’s frustration but claimed that operators were only reacting to the newly regulated online market, and “free competition means that you must be able to market your goods and services.”

Nilzon expressed confidence that the industry will eventually rein itself in, provided the government does its part by clarifying its murky definition of ‘moderate’ advertising. Nilzon also suggested media outlets can play a role by choosing for themselves how much gambling advertising they wish to accept.