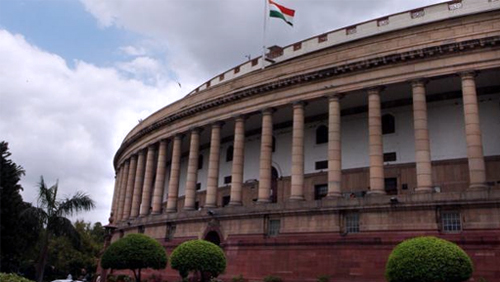 India’s central government has been steering clear of taking a stance regarding the legality of fantasy sports in the country and still doesn’t seem to want to get involved. According to an exclusive report by GLaws, the government dodged a question recently from a member of parliament (MP), stating only that the states can evaluate for themselves the industry and decide how to govern it.

On February 8, MP AP Jithender Reddy of Telangana Rashtriya Samiti (TRS) raised an unstarred question (a question that doesn’t necessarily require an immediate answer) to try and determine if the central government was considering regulations for the fantasy sports market, as well as the number cases pending in consumer courts related to the activity and whether or not fantasy sports was viewed as a game of skill or a game of chance per the Supreme Court’s definition.

The parliamentary member also wanted to know if fantasy sports was considered “gambling and betting” according to the country’s constitution and if there were plans to establish laws that would govern financial transactions related to the industry.

Pon Radhakrishnan, the Union Minister of State for Finance, responded to the inquiry, only said that betting and gambling is regulated under Entry 34 of List II of the Seventh Schedule of the Indian Constitution, adding that the individual state governments are capable of introducing their own laws on the subject.

The minister didn’t offer details of specific cases that are currently pending, nor did he elaborate on any possible regulations that could be introduced by the central government to provide oversite of financial transactions related to fantasy sports or any form of gaming.

Two years ago, Telangana introduced an ordinance to amend the Telangana Gaming Act, 1974. That ordinance was later converted into an Act and stipulates that all forms of games of skill, offline or online, were prohibited. The measure has been contested numerous times in court and the Telangana High Court is still involved in the dispute. According to the Indian state, even rummy is a dangerous activity.

India’s central government seems to prefer a hands-off approach to the subject of gaming. There is a definite divide in how state governments view the topic and there is no consensus regarding how to define the activity. The Bombay High Court, for example, has asserted that poker is completely a game of chance and requires no skill; however, elsewhere in the country, courts have decided that there is definitely skill involved.

The Punjab and Haryana High Court, in 2017, ruled that fantasy sports isn’t gambling. This decision came after the court decided that the activity required a considerable amount of skill, but there is still debate on the national level. If one individual is correct, though, change could come to India soon. Rakesh Jhunjhunwala, the billionaire stock market investor who owns shares in Delta Corp., recently predicted that legalized gambling could soon make its way to the country.