Gambling coming to all of India soon, predicts billionaire investor

Gambling and casinos will soon be legal all across India. This is the prediction of Rakesh Jhunjhunwala, a stock market investor and billionaire who owns a piece of Casino Royale Goa. It could be difficult goal, given the country’s current view on all forms of gambling. 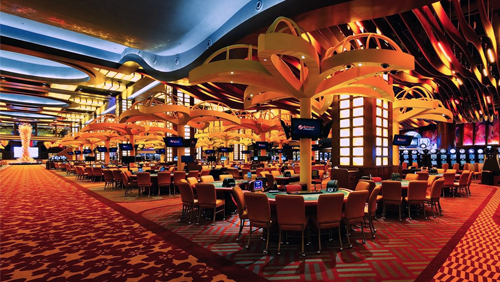 Jhunjhunwala spoke during the TiECON Summit in Mumbai this past Wednesday when he made his prediction. He expects to see a time come when all states in India follow Goa’s lead and legalize casinos and different forms of gambling.

He also asserted that he sees a bright future for the India economy in generally, as well as for the Bharatiya Janata Party. He expects the party, which is led by Prime Minister Narendra Modi, to win the Lok Sabha elections scheduled for later this year.

The entrepreneur and businessman has spent the past 10 years supporting the gambling industry. He, along with his wife, have a considerable investment in Delta Corp. Lit, the only listed gaming company out of India. The couple owns approximately 7.3% of the company and both also sit on its board of directors.

Jhunjhunwala reportedly has a net worth of more than $2.7 billion thanks to his investments. Apart from putting his money behind Delta Corp., the company behind Casino Royale Goa and others, he also made a sizeable investment in Nazara Technologies two years ago as he saw the company preparing for a bright future with its offering of social and casual games. Nazara is also invested in real-money gaming companies located in the country, as well as in Africa.

The investor once compared gambling legalization to alcohol legalization. He pointed out how Bombay had prohibited alcohol, but that the mentality had changed over the years, finally leading to legalization. He said at the time, “The process of change is always, in India: opposed, consolidation, opposed, acceptance.”

Last year, gambling in India saw a lot of ups and downs. Some states have asserted, for example, that poker is a game of chance or luck and, therefore, needs to be banned. However, others have argued that it is a game of skill and is legal. Until there is a common agreement, chances of gambling being allowed across the country most likely can’t happen.