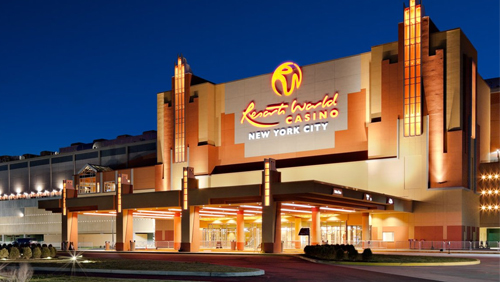 Two long-time executives with Resorts World Casino New York are updating their LinkedIn and other social media profiles. Brian Reynolds, who was previously the resort’s VP of Finance and Administration, has been promoted to Senior VP of Operations and Brad Egnor, the VP of Marketing, is going to become the Senior VP of Marketing.

According to the resort’s president, Scott Molina, “These promotions underpin Resorts World Casino’s commitment to a strong executive team as we continue to grow and expand this year. Both Brad and Brian have proven to be impactful leaders, and they are uniquely suited to help pilot Resorts World Casino into our next phase of growth. They have become integral parts of our team and I look forward to continuing to work with them both.”

Reynolds started with the company in 2012, serving as its Director of Operational Accounting before being tapped for the VP of Finance and Adminsitration role. Before his tenure with Resorts World, he worked in the finance department of Seneca Gaming Corporation and has also held high-level finance positions with Mohegan Sun Pocono and Valley Forge Casino.

The executive said in a statement, “It is a privilege to be given the opportunity to serve as Senior Vice President of Operations. As I enter my seventh year with Resorts World Casino, I am eager to help grow revenue and ensure the casino’s continued financial success.”

Egnor was previously in charge of an annual marketing budget of $20 million for advertising placement and $100 million in player reinvestment. He has worked for Genting, Resorts World’s parent company, since 2011 and, before that, was with Caesar’s Entertainment and Park Place Entertainment.

Genting operates casinos throughout the world, including in places such as Malaysia, the Philippines, the UK, the Bahamas, Singapore and more. In addition to its New York operations, it is also building Resorts World Las Vegas, which just resolved a complaint with Wynn Resorts who had accused it of copying the Wynn design.