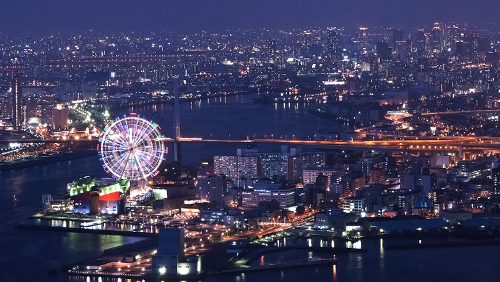 Osaka, Japan is undoubtedly on the short list for hosting an integrated resort (IR). It is mentioned virtually every time the subject comes up, propelled by its popularity as a tourist destination and the fact that it will host the 2025 World Expo. Most analysts believe that a first IR in the country couldn’t open until 2025 – at the earliest – due to the length of the entire launch process, but one group is pushing for the process to be expedited in order to allow Osaka’s IR to open before the World Expo.

The Kansai Association of Corporate Executives wants the IR bid from Osaka to be expedited in order to ensure that the IR planned for Yumeshima Island will be open before the Expo. It has released a report, Six Recommendations for Osaka’s Application Guidelines, in which it asserts that Osaka’s bid needs to be given priority.

To facilitate the approval process, Kansai wants regulators to approve Osaka ahead of schedule and to allow the creation of the “Yumeshima Development and Maintenance Headquarters.” It also wants a new organization established for the MICE (Meetings, Incentives, Conventions and Exhibitions) bid and creation, and the “application of casino contributions to the tourism and cultural arts of Kansai.”

Before the IR locations can be chosen, cities wishing to host a venue must submit a proposal. That proposal has to include details regarding casino operators, a general layout of the facilities and how the venue would operate. Japan has said that it won’t start considering proposals until at least this coming summer, and the selection process could potentially take several months.

Once the locations are chosen, the design work begins. If the designs are approved, construction can begin, but it’s likely that the projects could take four or five years to complete. This would put an Osaka IR under the gun to be completed prior to the World Expo and rushing the project could have the opposite of its intended effect. It might force certain aspects to be overlooked or discarded, making the completed project not as attractive as anticipated.

Cities wanting to host an IR, as well as casino operators, are starting to get a little impatient. They want the process to move quicker, but are at the whim of the government. However, some local governments are trying to push the issue along. Wakayama Prefecture, for example, already expects that its bid will be accepted and has already said that it could have an IR in place by 2024.