Cambodia’s casino industry is the land of opportunity

Cambodia’s casino industry, once nothing more than a footnote in the global casino space, has grown significantly in the past year. There has been an increase of 53% in the number of licenses issued, leading to the country being viewed as the “New Land of Opportunity” by Casino Review Magazine (CR). The journal recently conducted a one-on-one with Global Market Advisors (GMA) Senior Partner Andrew Klebanow to get his insight on the developing industry and where it is headed. 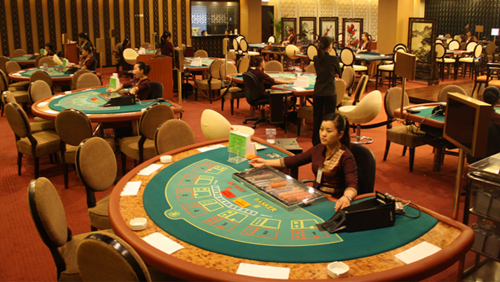 Klebanow points out in the interview (in pdf) that Cambodia’s casino growth can be attributed to a number of factors, including Live Dealer Online (LDO) wagering. LDO gambling allows bettors in other countries to place bets on live action using mobile devices or computers and junket operators have begun to take special interest in the space.

The majority of the growth has been seen around Sihanoukville, which has attracted a large number of Chinese investors due to its popularity as a vacation destination and its appeal as a place to live. Its success is also being driven by the fact that Cambodia created the Sihanoukville Special Economic Zone (SSEZ), which gives Chinese manufacturers economic incentives to operate there. Klebanow adds, “Sihanoukville is undergoing unprecedented growth. In 2015, I counted nine properties in and around the city centre. In 2018, I visited 17 casinos in central Sihanoukville, with more properties in outlying areas.” He further asserts that there are another 12 projects, or more, currently under construction that will offer both permanent and temporary housing, as well as casinos.

With regards to casino regulations, they’re coming sooner rather than later. Klebanow explains, “The Law of the Management of Integrated Resorts and Commercial Gaming (LMIRCG) includes 113 Articles. It has already been reviewed by the Ministry of Economy and Finance and the Ministry of the Interior. It is now being reviewed by the Council of Jurists of the Council of Ministers. Then it must be approved by the National Assembly and Senate. Final passage is expected sometime in 2019.”

If anyone is concerned about a Cambodian casino bubble, those fears can be pushed aside. The economic growth in Cambodia is “sustainable,” according to Klebanow and the country won’t suffer collateral damage from the ongoing trade way between the U.S. and China. He asserts, “As an emerging economy, Cambodia is afforded certain economic benefits, including protections from tariffs. In fact, should tensions between the US and China rise, it would benefit those products produced in kingdom.”

Asia is quickly becoming the world’s largest hub for gambling. Between Macau, Vietnam and Cambodia, it is set to dethrone Las Vegas as the worldwide ruler of betting activity, and will continue to grab larger pieces of the international gambling market.