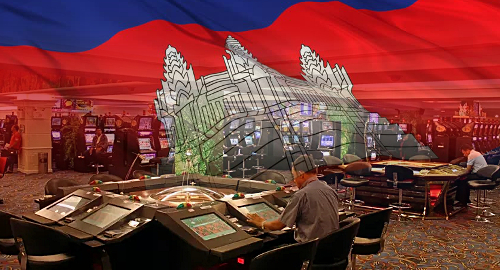 Cambodia’s casino market underwent a dramatic expansion in 2018, thanks to the rapid development of the Sihanoukville region’s gaming sector.

The government has yet to issue specifics on how much revenue it reaped from the gaming industry in 2018. But Ros Phirun, deputy director of the General Department of Financial Industry, told the Phnom Penh Post that the ministry had previously forecast gaming tax and fee revenue of $56m. That would be more than twice the sum the government collected in 2014.

Phirun said the ministry expected to push its gaming revenue even further once the government finishes drafting its new gambling legislation. However, the government has been promising to deliver this legislation for years now and the finished document never seems to get any closer to reality.

Many of the new casino licenses are issued to operators who are primarily interested in launching online gambling sites that livestream table game action to gamblers in other countries, particularly China. Donaco International, which operates the Star Vegas casino in Poipet, recently launched its own online gambling service.

Sihanoukville’s dramatic expansion of licensed casino operators has been credited to the area’s equally dramatic influx of Chinese investors, developers and laborers. But not everyone is pleased by the transformation the region is undergoing.

While Phirun claimed that Cambodians would “indirectly benefit” from the government’s increased tax revenue from gaming, San Chey, executive director of the Affiliated Network for Social Accountability, expressed doubt that casino tax revenue “has been contributing to a solution” of the potential negative social aspects of gaming.