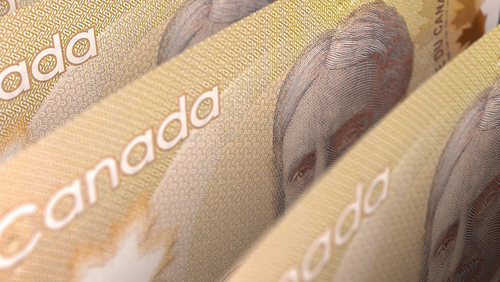 It doesn’t appear that the money-laundering saga plaguing Canada is going to go away anytime soon. Dating back to 2015, investigations have been conducted that allege a widespread network of illicit activity regarding large financial transactions of questionable provenance at a number of casinos. Most notably, River Rock Casino Resort has been at the heart of the issue on more than one occasion, and new reports are now surfacing that indicate the amount of illegal transactions may have been in the $2-billion range. To make matters worse, the money could have been passed through government financial accounts.

According to a report by Global News, regulators investigating the incidents, which have seen River Rock attempting to shred evidence, up to $1.7 billion could have been pushed through casinos in British Columbia (BC) through corporate high roller accounts. Adding insult to injury, Global reports that many Chinese high rollers were utilizing Canadian banks, as well as the “patron gaming fund” offered by the BC Lottery Corporation (BCLC) to launder their funds.

Previously, it was believed that perhaps only as much as $100 million had been laundered. However, that amount is now much higher. Not only is there a massive amount of illicit activity being uncovered, the fact that government accounts could have been used only exacerbates the issue.

According to the BCLC, “Only funds sourced to a recognized financial institution may be placed in a patron gaming fund (PGF) account at account opening. BCLC monitors play activity and PGF account activity and investigates unusual activity — including by requesting proof of source of wealth.”

However, Global was able to get ahold of documents that show that the accounts were financed with “suspicious” bank drafts from 2010 to 2018 – even after the money laundering investigations had begun. There was also evidence that as much as $1.7 billion came from only ten Chinese gamblers, individuals who reportedly had ties to the Chinese mafia, the Triad.

The revelation might be a moot point in short time. At least one major criminal case to emerge from the investigations collapsed earlier this month after prosecutors “accidentally” leaked information about a key witness. That could make future cases unable to be brought to trial, as defense attorneys would be able to easily claim the information is tainted or compromised.

Throughout the entire ordeal, there have been “accidental” circumstances that have caused the saga to lose a little of its polish. While the investigations reportedly continue, where they lead at this point is anyone’s guess.