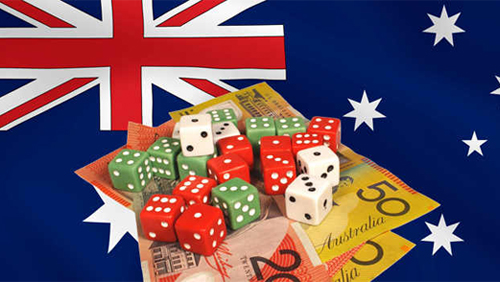 According to a prediction by the Hong Kong-based Asian Racing Federation (ARF), black market gambling in Australia is running rampant. The group prepared a report on illegal gambling in Australia, as well as New Zealand, South Africa, South Korea and Singapore, and asserts that the underground gambling market will reach AU$2 billion (US$1.419 billion) by next year.

The Australian Financial Review, which cited the findings, states that the country loses over $380 million ($269.67 million) in betting tax revenue each year. The ARF taskforce that published the report states that the link between black market gambling and money laundering and organized crime remains too strong to break.

Australia’s Treasury, as well as the Black Economy Taskforce (BET), are now reviewing the report in order to understand the findings and introduce enhancements and new strategies that can identify and eliminate illegal gambling.

The findings show that 6% of the entire gambling market in Australia comes through illegal wagers. The country’s government made attempts at controlling the illegal market in 2017 through a series of new legislative amendments. Those amendments were designed to close loopholes that had been exploited by offshore gambling operators, as well as to introduce a ban on online casino games.

Despite the ban, however, online sports gambling remained legal. These days, offshore operators have figured out how to game the system to target local players. These operators not only don’t have to report income or pay taxes, but they also are not responsible for any licensing fees and cannot be held accountable in the event of any legal discrepancies.

The BET has already pointed out that there is a huge industry for illegal gambling and money laundering. It states that the two are helping to fuel a black market economy that has reached as high as $50 billion ($35.49 billion) and which is empowering organized crime in the country.

In an effort to stop the issue before it can get even worse, the BET has made a few recommendations on how to tackle illegal gambling. It has stated that internet service providers (ISP) could be forced to block all illegal offshore gambling websites and banks should step in to prevent transactions that are destined for the illegal offshore sites.

Australia has spent a lot of resources and money attempting to improve the gambling industry in the country. However, there is still obviously more work to be done to both better protect consumers and help boost the local economies.