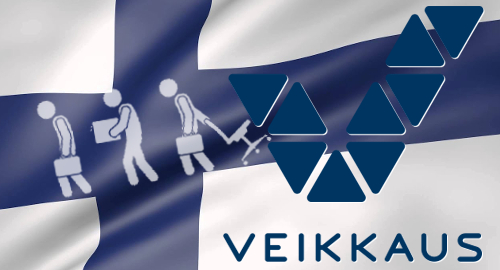 On Monday, Veikkaus announced plans to trim its payroll by around 400 positions and said it had commenced discussions with around 1,300 of its 2,000 staffers to identify likely candidates for redundancy. Most of the affected staff are said to be located in the Helsinki area.

As a result, Sarekoski said Veikkaus was “planning significant overhauls of our gaming locations and an end to the restaurant gaming table business.” The restaurant division currently consists of 187 tables in 162 restaurants and bars across Finland.

(Veikkaus got a head start on its redundancy efforts shortly before Christmas, when a Veikkaus betting agency staffer stole €150k from his shop’s safe. The theft was discovered the following day by reviewing the shop’s surveillance cameras. The suspect was arrested in Estonia a few days after Christmas.)

Finland frowns on internationally licensed online gambling operators that offer services to local gamblers, a stance that has been complicated by neighboring Sweden’s recent launch of its new liberalized online market. Finnish media reports that many of these new Swedish-licensed operators continue to target Finnish gamblers from their Swedish sites.

Sweden’s regulation of international online operators has prompted some discussion as to whether Finland should follow suit and end Veikkaus’ online monopoly. But Veikkaus VP Velipekka Nummikoski told local media that this was unlikely, given that Veikkaus claims to control a nearly 90% share of the domestic online market, a significantly higher share than Sweden’s Svenska Spel monopoly claimed pre-liberalization.

Last year, Finland’s Competition and Consumer Authority announced plans to evaluate Veikkaus’ operations to determine the company’s impact on consumers and competition. Veikkaus consists of three formerly standalone units offering slots, lotteries and betting, and horseracing that were merged into a single state-run entity in 2017.