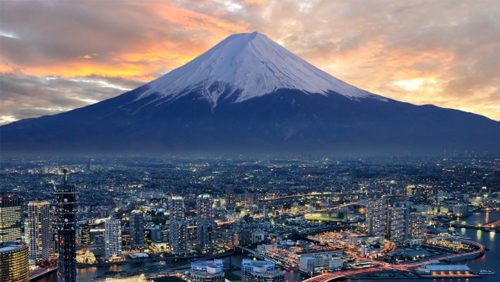 According to a report by GGRAsia, Caesars has sent a response to a “formal request for information” (RFI) it received by authorities in Tomakomai, Japan. The request is in relation to the casino company’s wishes to build an integrated resort (IR) in the city when Japan finally opens the bidding process. Tomakomai is the industrial port of Hokkaido, the northernmost island and prefecture of Japan.

In a written statement to GGRAsia, the president of international development for Caesars, Steven Tight, explained, “In Tomakomai, we responded to the formal request for information by the city government and request for concept by the Hokkaido government.” He added that the company hopes that its initial proposal for a Tomakomai IR would demonstrate that it has been “responsive to the specific objectives and concerns of the local government.”

The proposal, according to Tight, ensures that the IR development “is in ‘harmony with nature’, bringing back high-quality jobs to the city, promoting regional tourism and spreading economic benefits throughout Hokkaido.”

Only a few days ago, Caesars participated in the “Hokkaido IR Showcase” event that was held in Sapporo, the capital of the prefecture, which included discussions on Hokkaido’s possibilities of hosting an IR. The event also saw participation from other casino giants, including the Mohegan Tribal Gaming Authority (Mohegan Sun), Hard Rock International, Melco Resorts and Entertainment and SJM.

In its presentation during the event, Caesars talked about the economic benefits of an IR to the region and presented its “Las Vegas IR model.” The company also managed a booth during the two-day expo, which it themed after the “kuchitori,” a traditional sweet found in Hokkaido.

Hard Rock also presented some details of its design for a resort in Tomakomai during the Hokkaido IR Showcase. Kamori Kanko Co. Ltd., a Japan-based tourism and hospitality firm, also stepped up, presenting a plan that would be based on a collaboration with authorities of Rusutsu Village and which would see an IR come to the landscape of Hokkaido’s Shiribeshi sub-prefecture.

Hokkaido is one of a number of locations that Caesars is said to be considering for its IR in the country. Tight explained, “We have been meeting with stakeholders throughout Japan, in both large cities and smaller regional areas, who share our vision for a Japanese IR partnership that truly reflects the best of Japan. We view Yokohama, Tomakomai, Osaka and Tokyo as very attractive development locations,” adding that the company is considering “all opportunities throughout Japan” and that it would “not rule out any possibilities.”