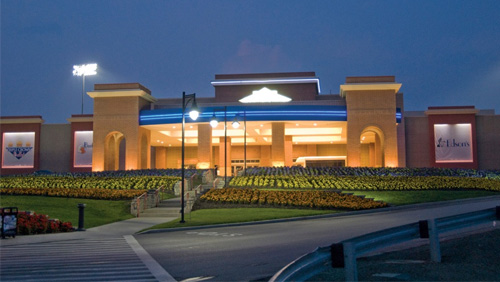 Presque Isle Downs & Casino is looking to add sports betting to its offerings soon, with the Pennsylvania Gaming Control Board (PGCB) hearing proposals for this next month.

GoErie.com reported Kevin O’Sullivan, general manager of the Erie-based casino and racetrack as saying, “We hope to be on the February docket of the Pennsylvania Gaming Control Board to present our sports wagering format… Right now, we are looking at carving out space on the existing casino floor for a designated space.”

Plans for the acquisition were first announced last February. The sale is expected to be completed between the two parties by Friday morning.

As part of the deal, CDI was also made to take over management of the Lady Luck Casino Nemacolin, located in Farmington, for $100,000.

On the addition of sports wagering to the casino, O’Sullivan said, “Our guests are excited about it… They want to know how soon we’ll have it ready and if it will be in time for March Madness.”

The company has applied to offer sports betting in-house, as well as for online and mobile apps.

O’Sullivan said, “While we don’t believe it will overtake slot or table revenue, we do have reason to believe that [sports betting] will appeal to a strong niche and carry over to additional revenue for both slots and table games.”

GoErie.com noted that sports betting would add 42 people to Presque Isle Down’s 800-strong work force, but 23 would be based in Louisville, Kentucky, CDI’s headquarters.

PGCB Deputy Director of Communications Richard McGarvey said a vote on Presque Isle Downs’ petition was expected “within the next few meetings,” but that the opening of the casino’s sportsbook would depend on what is done after the possible approval.

The PGCB has reported initial tax revenue of $183,238.77 from November 15 to 30, coming from Penn National Race Course’s Hollywood Casino, the lone sports betting operator during the state’s first month of operations. It recorded a handle of $1.41 million and adjusted gross revenue of $509,000.

Rivers Casino and Sugarhouse Casino began offering sports wagering in December. Parx Casino is expected to begin their sports betting operations before the end of the week.