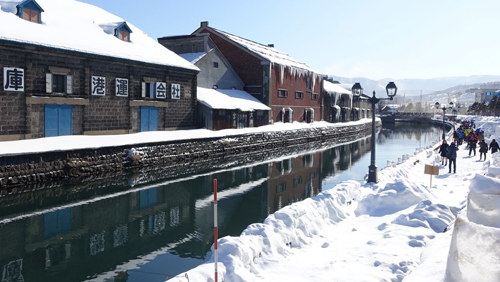 Competition will be fierce for the limited integrated resort (IR) slots being made available by Japan. Japanese tourism and hospitality firm Kamori Kanko Co. Ltd thinks it has a great bid in the works for Hokkaido’s Rusutsu Village.

InsideAsiaGaming reports the firm has plans for an IR that would include a casino, entertainment facilities, schools, healthcare centers, commercial and retail precincts and housing.

Kamori Kanko is no stranger to Hokkaido; they already have the Rusutsu Resort Hotel and Convention Centre on the island. The population of the island is relatively small at 3 million residents, but it already carries a reputation as a popular holiday destination.

The president of Kamori Kanko, Hisatake Kamori, was quoted as saying, “Visitors come to Hokkaido for nature and the outdoors, skiing, local cuisine, culture and heritage. A Hokkaido integrated resort needs strong winter activities to support year-round tourism and to provide a unique experience for guests. Without the ski infrastructure, we do not believe an integrated resort can be successful during our cold winters.”

They aren’t the only firm looking at Hokkaido for an IR. Rush Street, a U.S. based operator, announced they would also bid for a license with the intention to build on the island. No telling yet if Kamori Kanko might have an advantage as a domestic firm.

Even if Rush Street is denied, only three IR licenses are up for grabs in the first round of bidding. So far, 11 companies have flirted with Osaka to be their partner in a bid. Yokohama is pushing for their own resort, and Tokyo is looking one as well. Four regions can’t win three bids, so it will be exciting to see which ones prevail.