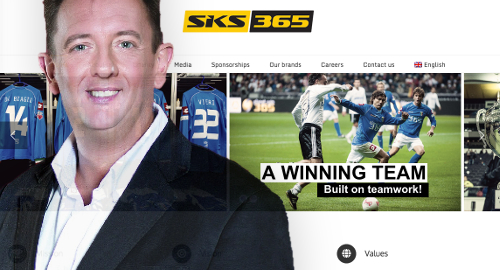 Gambling operator SKS365 Group has bid goodbye to its CEO amid a flurry of senior management departures.

Last week, Italian gaming affiliate Agipro reported that SKS365 CEO Ian McLoughlin had resigned “in recent weeks,” reportedly to pursue the standard “other opportunities.” Also leaving was SKS365’s general counsel Angela Gemma, who is reportedly returning to private practice, while financial director Aaron Meli is also leaving the fold but will reportedly continue to aid the company via a consultancy role.

SKS365 was originally based in Austria but has since relocated to Rome. The company operates Planetwin365, a leading Italian gaming brand at both the retail and online levels. SKS365 held a nearly 15% share of Italy’s online sports betting market in 2018, second only to UK operator Bet365 (no relation). The company ranked third in retail betting with a 10% share.

In November, SKS365 was one of the companies named in Italy’s latest crackdown on Malta-based online gambling operators engaged in sketchy activity with Italian organized crime groups. The ‘Galaxy’ operation resulted in the arrest of some 68 individuals who face a battery of charges including illegal gambling, money laundering and tax evasion.

However, Italian authorities made it clear that, when it came to SKS365’s involvement, the probe “concerned only the property / management that managed the company until 2017, or before its sale to new owners, against whom no elements of responsibility have emerged.” The Agipro report indicated that McLoughlin and Gemma were cooperating with Italian authorities in the Galaxy investigation.

SKS365 has yet to identify potential replacements for the three departing senior execs.

ICE London, Martin (sks365): “The Italian market has changed its face, but it is in times of difficulty that it is important to find one’s identity and values again”
Press Releases
7 February 2020