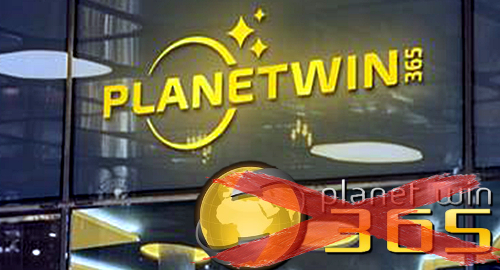 On Monday, the Rome-based SKS365 announced the “renewal” of its Planetwin365 brand, which will apparently result in a “stronger, more defined, reliable and entertaining identity, fully oriented towards a unique user experience.”

The new brand image, which was developed in tandem with creative agency Ogilvy, includes a spiffy new logo (pictured above) and a new tagline: Il nostro gioco è di un altro pianeta, which transaltes to ‘Our game is from another planet.’ (Well and good, so long as they continue to pay out in euros.)

The brand revamp will be accompanied by a major marketing campaign across TV, radio, websites and offline sports magazines. There’s the small matter of the fact that Italy has banned nearly all forms of gambling advertising, so on what planet these marketing promos will appear remains something of a puzzler.

There is some method to the madness in SKS365 gussying up its chief moneymaker, in that it will help refocus its primary brand in the minds of Italian bettors. With traditional advertising channels now off-limits, betting shop windows remain one of the few remaining options for actively promoting one’s brand, so fair dos.

SKS365’s chief marketing officer Francesco Graziano hailed the new identity as “symbol of a new corporate path undertaken by the current management, characterized by a perfect compliance and reliability.”

It still remains unclear whether there’s any connection to November’s incident, but SKS365 bid goodbye to a trio of senior execs shortly after that enforcement action, including CEO Ian McLoughlin and general counsel Angela Gemma.

ICE London, Martin (sks365): “The Italian market has changed its face, but it is in times of difficulty that it is important to find one’s identity and values again”
Press Releases
7 February 2020