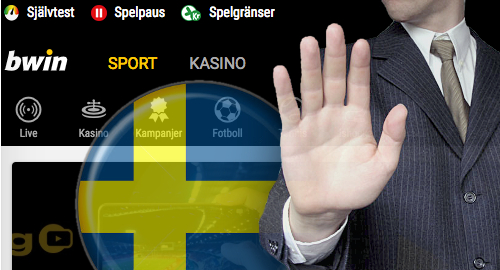 In October, the regulator first unveiled its plans for the new Spelpaus program, which must be checked by all Swedish-licensed online gambling operators before sending any marketing to or accepting any wagers from Swedish customers. All operators must clearly feature a link to the Spelpaus site on their websites.

Spelinspektionen says the majority of the Spelpaus registrants to date have opted for total exclusion, although there are options for ‘time outs’ of anywhere from one to six months. Regulatory spokesperson Anders Sims said social media mentions showed a high approval rate for the introduction of the Spelpaus program.

It’s perhaps worth comparing Spelpaus’ uptake with that of the ROFUS self-exclusion program in neighboring Denmark. The ROFUS program launched in June 2012 in tandem with that country’s new regulated online market and took three years to register 5,100 gamblers. At the end of Q3 2018, ROFUS had 16,369 individual registrants, roughly 68% of which had opted for permanent self-exclusion.

For the record, Sweden’s population is around 10.2m, while Denmark has only 5.8m, but clearly Sweden is setting a proportionately blistering pace out of the gate.

Despite the Spelpaus program’s obvious success, Spelinspektionen’s Sims noted that some Swedes had reported being able to gamble online even after self-excluding, which means that “a handful of gaming companies” are falling short of the obligations of their new Swedish licenses.

Sims said Spelinspektionen would be contacting these licensees to give them a chance to explain their failures. The regulator considers these deficiencies to be “serious” and warned that “measures will be taken if the problem is not resolved shortly.”

Spelinspektionen issued a flurry of new online gambling licenses in the month of December, and operators have begun rolling out their new platforms. This week saw The Stars Group celebrate the launch of its PokerStars and BetStars brands in Sweden across online and mobile channels.