A major entertainment project planned for Cambodia has lost its main developer. In a filing with Bursa Malaysia, Malaysian investment company MQ Technology announced that it was backing out of the deal that would have seen the development of a large resort area in Cambodia offering hotels, a theme park and a casino. No word has been provided on whether or not another developer will be sourced. 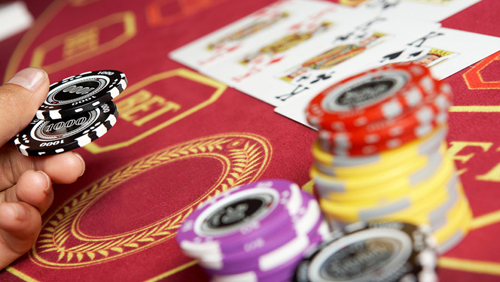 In 2016, MQ, through its Star Acres Sdn Bhd subsidiary, signs a memorandum of understanding (MoU) with the Cambodian Resort and Entertainment Co. Ltd in order “to collaborate on the development and management of a theme park,” that would be designated the “Jurassic Theme Park.” In making the announcement, the company added that the project would require an investment of $51.1 million and would take six years to construct. The theme park alone carried an estimated price of $5.1 million.

That initial MoU was extended eight times since then. However, it lapsed completely on Wednesday, and the MQ stated, “The board of directors of MQ Technology Bhd wishes to announce that the memorandum of agreement, which was previously extended to 2 January 2019 is deemed to have lapsed.” MQ added that the latest extension expired because the two entities had not been able to move forward with the project’s development.

According to the MoU, Star Acres was going to be given 70% of the joint venture and would provide future funding of the theme park. The company, through various subsidiaries, designs and manufactures high-precision tooling equipment for a number of industries, and the move into the theme park was a way for it to diversify into “marketing services for gaming-related businesses.

The gaming industry in Cambodia continues to grow and a handful of new casino projects were approved last year. A draft gaming law that will regulate the industry has been prepared for the country’s government and is expected to be ready at some point this year.

According to an article in the Phnom Penh Post, the Cambodian government approved 52 new casino licenses last year. This produced a market that is 53% larger than it was in 2017 and led to Ros Phirun, the deputy director-general of the financial industry department for the country’s Ministry of Economy and Finance, explaining that authorities are “actively drafting the law to govern casino and gambling businesses … When it is finalised and ready to be activated, we hope revenue from the sector will be bigger.”