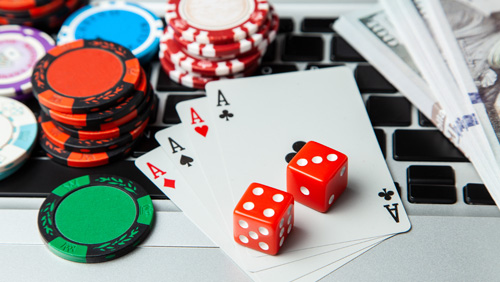 Lee Davy opines that 2019 will be an exciting year for some of the online and live poker operators who exist in the long tail of the poker ecosystem.

Maybe Kevmath knows the math (I don’t), but even without the hard data, you know that when it comes to the online poker market, Vilfredo Pareto’s 80/20 principle will be at work with 20% of the market responsible for 80% of the business.

If you are a visual learner, then maybe this graph will help.

It’s known as a Power Law (or Zipf’s Law), and it achieved greater prominence in 2004 when it appeared in a Wired magazine article called The Long Tail by Chris Anderson. The article was a hit, and two years later the theory became a book: The Long Tail: Why The Future of Business is Selling Less of More.

Ironically, despite Anderson’s article being a hit, the book suggests that the future of commerce and culture isn’t hits (the short, fat end of the graph), but in the misses (the infinite long tail of the chart). Taking Amazon as an example, the revenue earned through the combined income of the long tail dwarfs sales of Taylor Swift’s hits.

If the axes were Online Poker Company and Revenue, then the short head of the tail would contain the likes of PokerStars and partypoker – the behemoths that attract most of the volume and revenue. And the long tail would include the likes of Unibet, William Hill and Ladbrokes.

Run It One Poker

In 2016, the multiple World Series of Poker (WSOP) bracelet winner and online high stakes cash game legend shared his manifesto of the ideal online poker room and ended with the now iconic I am going to give it my best shot.

The idea behind Run It Once Poker was born, with the birth Q1, 2017. As you know, the team is way behind schedule, but for me, the delay is playing into Galfond’s hands because it’s allowed them to create more tension around the launch, something Galfond has done expertly with a series of well-timed and choreographed blog posts.

Galfond has had the opportunity to build an online poker room from scratch armed with the experience of being an online poker player. The critical question is whether he has surrounded himself with the right bean counters and metric masters who have shown him that RIO Poker can be profitable.

I am sure he has.

I love the attention to detail, the transparency, and the hero’s journey narrative. I also like the way they have made live streaming an integral part of the online poker players experience and not a third-party feature.

Most of all I love Phil, and I believe that’s why RIO Poker will fast become one of the most talked about online poker sites sitting in the long tail. There was a time in the not too distant past that the poker community were talking about Galfond being our spokesperson for the community as a whole.

The man is trusted.

I think that means something in this game.

When you look at the short tail of the live tournament scene, you will find the World Poker Tour (WPT), PokerStars and partypoker. The World Series of Poker (WSOP) is an anomaly with it’s once a year extravaganza sitting snugly in the short tail, and the year-round World Series of Poker Circuit (WSOPC) seated in the long tail alongside the likes of the Unibet Open, Malta Poker Festival and Heartland Poker Tour (HPT).

2018 was the year where live tournament poker rose from the dead like Marvel characters will in the summer, and I think that will continue. Some of the fields in the WSOPC were huge, and massive six-figure scores became a standard feature in those stops, but it’s the following two tours that I can see growing in 2019.

Two months ago, PokerStars scribe, Brad Willis, wrote a great piece about Run It Up Reno called A Kingdom Under a Benevolent King. I’ve Googled benevolent, and it means well-meaning and kindly and the king in question isn’t Elvis, Denis Law or Dan Smith – it’s Jason Somerville.

Somerville has done for live tournament poker what I believe Galfond will do for online poker. As a player with vast amounts of experience competing in the biggest, baddest and best live tournaments in the world, complemented with his broadcasting expertise, the PokerStars Ambassador has created a golden nugget in the Run It Up Live experience.

I heard Donnie Peters talking the event up during an episode of The Fives, and his only concern after attending several of the events was that PokerStars’ giant paw didn’t make too much of a stain on Somerville’s blueprint.

Once again trust is a crucial factor here, as is tribe building. Somerville has worked his proverbials off to become the king of live streaming, and with it came the opportunity to unite his tribe on land up and down North America, and it’s proven to be a superb success.

In early December, Poker Central partnered with the up and coming RunGood Poker Series (RGPS) rebranding the tour and giving players the opportunity to win freeroll seats into a special episode of Poker After Dark scheduled for broadcast on PokerGo.

The RGPS is the brainchild of Tana Karn and emerged in 2012 as a poker apparel company RunGoodGear, which sold a ton of hoodies (but more importantly began to build a tribe) during the WSOP.

A chance phone call from the Downstream Casino asking Karn if he would like RG to headline a series developed into the RGPS that Poker Central saw as a valuable partner, and believe the new partnership will help them grow in 2019.

So we’ve had RUN It Up and RUN Good, how about I end with a third RUN.

It won’t happen in 2019, but if Galfond gets it right, I wouldn’t be surprised if we saw the Run It Up Poker Series joining Somerville and Karn’s babies in the long tail of live tournaments.