Poker Central is in the news again, this time brokering a deal between the RunGood Poker Series and their baby PokerGO, and Simon Webster becomes the latest RunGood Series champion.

Since the moment my mother bought me a pair of black Gola trainers because she couldn’t afford Adidas, Nike or Reebok I became fascinated with materialism. ‘Status’ was everything to me, and I felt people defined mine by the things that I wore. 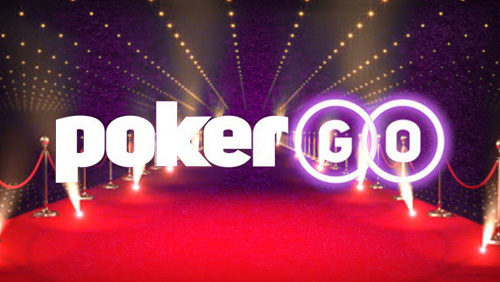 Today, the opposite is true.

I dress like a bum, rotating the same five pieces of clothing.

But there is still a limit to what I will wear.

I will wear a $2 t-shirt from the supermarket, but you will never see me waltzing around the neighbourhood wearing poker-related apparel.

I just don’t get it.

Back then it was an apparel company, selling hoodies, baseball caps and the likes to anyone walking along the Rio corridor in search of a dream at the World Series of Poker (WSOP).

For the next two-years, RunGood’s quality products manifested in a small tribe of people that, unlike me, do like to wear poker apparel. Through clothing, RunGood did a Harley Davidson and turned disconnected outsiders into connected insiders. In 2014, the real test of the tribe’s connectivity began with the RunGood Poker Series (RGPS), and it became an instant hit.

Throughout 2019, the revolutionary rockets behind the PokerGO enterprise are partnering with the RGPS. The plan is to open a tributary that allows RGPS players to paddle their way onto Poker After Dark (PAD).

Preliminary RGPS tour event winners and those that reach the final table of Main Events will receive a seat in a freeroll satellite at the Hard Rock Tulsa where two $5,000 Sit & Go seats are winnable leading to what the partners are calling the high roller experience of a lifetime at the PokerGO Studio in Las Vegas.

If you want in on the action:

Poker Central promises to give the winners the red carpet treatment. RunGood Prez, Tana Karn, stated in a press release that it had always been a dream to compete in front of thousands of people, and how exciting it is to make that dream come true for two people thanks to the new partnership with PokerGO.

It’s a substantial commitment from Karn and the team at RunGood, and I am sure the tribe will commit to them in return.

Talking of the RunGood Poker Series, Simon Webster has conquered a record field of 386 entrants on his way to winning the $44,391 first prize in the $575 buy-in Main Event at the RGPS at the Downstream Casino, beating the previous record of 344-entrants set in March 2014.

Webster beat RunGood ambassador, Daniel Lowry, heads-up, to record his second win in a solid 2018. It’s the first year that Webster has recorded a live tournament ITM finish on The Hendon Mob, and all told he has cashed 29-times, better than all but 99 other people in the world.

Webster’s previous most significant score came when he beat 612-entrants in a $350 No-Limit Hold’em Mammoth Monster Stack event at the World Poker Tour (WPT) event in Choctaw for $36,075 back in July.