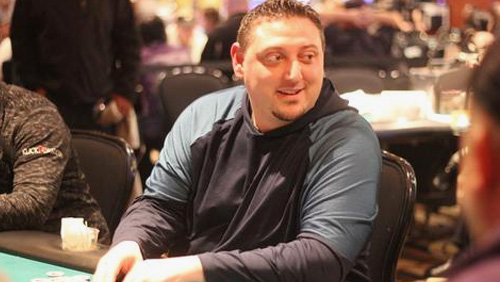 The RunGood Old West Poker Series (RGPS) ran from December 4-9 and was a huge success, especially the Main Event. The events were held at Downstream Casino Resort in Quapaw, Oklahoma and the Main Event proved to be a huge draw. It set an attendance record for the casino, attracting 386 entries. That crushed the former record of 344 that was set four and a half years ago. In the

end, a surprise performance by a player out of Texas showed that poker is still anyone’s game.

Simon Webster took down RunGood Ambassador Daniel Lowery to win the Main Event and pocket the top prize of $44,391. Webster has a number of strong finishes this year – including ten final table appearances and one championship win – but this win was by far his best. He turned on the afterburners at just the right time to overcome a major deficit that, for anyone else, would have signaled sure defeat.

When he made it to the final heads-up battle, Webster found himself against Lowery in a very precarious position. He was protecting a stack of only 915,000 chips, while his opponent was comfortable with 6,805,000 chips. It was all uphill from there.

Webster was able to secure a few small pots to give him an extra boost of energy. He then doubled up when he picked up a set that turned into a boat on the river. He moved all in and, perhaps thinking a bluff was in the cards, Lowery called. Webster had now increased his stack to 2.125 million in chips.

A mere 30 minutes later, Webster pulled off another impressive win. He doubled up once again when his AK was too strong for Lowery’s A-J and the board gifted him with 9-5-5-A-3. Now, Webster added another 2.285 million in chips to his count.

On the final hand, Webster showed why he was the winner. Both players were betting slowly when the flop came J-8-6. Webster limped in, only to have Lowery raise about 2.5 times the amount. Webster called and the turn revealed a 4. At this point, Webster only checked, but Lowery wasn’t going to slow down. He moved all-in and Webster immediately called.

The eventual winner had scored a straight, and a possible diamond straight-flush draw, and sat in a powerful position. Lowery was playing with just a pair and the hopes of pulling off a miracle with a river card that might give him the straight as well, but a 2 secured his fate, forcing him to settle for second place and $27,406.