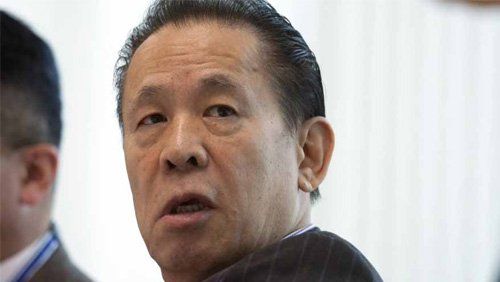 The Parañaque Regional Trial Court in Metro Manila has thrown out on a technicality Kazuo Okada’s petition to regain control of the Okada Manila casino resort operator he had founded.

The former chairman and director of Tiger Resort, Leisure and Entertainment, Inc. (TRLEI) had argued in the lawsuit filed last August that his June 2017 ouster had been done on the basis of “trumped-up charges,” and that the procedure to remove him from the board had not been in accordance with the Corporation Code.

Local news outlet The Philippine Daily Inquirer reported that Judge Noemi Balitaan had junked the complaint for being filed beyond 15 days of Okada’s removal, thus over the time limit for election protests, which the case was classified as.

“Records show that this case was only filed… on Aug. 29, 2018, or approximately one year and two months after the alleged removal of [Okada], in violation of the interim rules,” the ruling read.

Balitaan added that the Philippine Supreme Court had already established that, even without the defendants invoking the 15-day limit, the court could dismiss the complaint on such a basis.

TRLEI is a wholly-owned subsidiary of Tiger Resort Asia Limited (TRAL), which in turn is owned by Okada Holdings, Ltd. (OHL) through Universal Entertainment Corporation (UEC), where Okada had also been removed, and for which he filed a case in Hong Kong shortly after.

Okada’s daughter Hiromi, who with her 9% stake in OHL participated in her father’s ouster, has reportedly reconciled with him, and is seeking to render invalid the transfer of her shares to brother Tomohiro, who has since gained majority control of the companies.

Last September, TRAL acquired a two-thirds stake in Philippine-listed holding company Asiabest Group International, Inc. (ABG) in order to have a publicly-traded company in the country, a move Okada has opposed. A tender offer for the remaining third of ABG shares took place from November 12 to December 12, even as minority shareholder Carnell Valdez filed a motion with the Philippine Securities and Exchange Commission (SEC) to stop the proceedings, due to ABG not disclosing Okada’s legal actions.

The SEC’s Markets and Securities Regulation Department (MSRD) did not issue a cease-and-desist-order as petitioned, but did require ABG to amend its tender offer report accordingly, “in the interest of the public and for the protection of investors.” ABG was also instructed to publish the amendment in two general-circulation newspapers, and extend its tender offer period by 10 days after such publication. Valdez, in a statement, said he welcomed the SEC’s order.