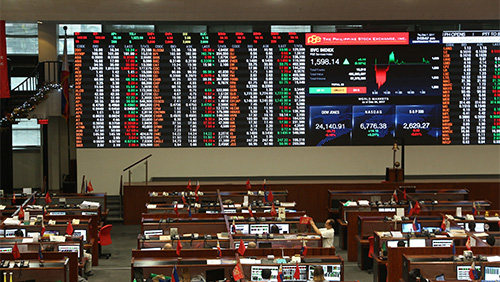 Local news outlet BusinessWorld reported that Carnell Valdez, who owns 1,000 shares in ABG, filed his complaint with the Market and Securities Regulation Department of the Philippines’ Securities and Exchange Commission (SEC), seeking a cease-and-desist order for TRAL’s ongoing tender offer to acquire the remaining shares held by the public. The tender offer, begun last November 12, is set to end on December 12, with trades to be completed by December 14.

Valdez said that the company should have disclosed the current ownership and leadership dispute in TRAL’s wholly-owned subsidiary Tiger Resort, Leisure and Entertainment, Inc. (TRLEI), operator of the Okada Manila.

TRAL is owned by Okada Holdings, Ltd. (OHL) and Universal Entertainment Corporation (UEC), both of which Kazuo Okada is claiming a stake, in a pending case at the Parañaque Regional Trial Court in Metro Manila. Okada claims being illegally removed as chairman, CEO, and director of TRLEI. He has also spoken against TRAL’s acquisition of ABG, which he says he had not been consulted on.

Valdez, in his complaint, said, “The omission of [the pending case] is misleading as it makes it appear to ABG shareholders and the investing public that OHL, UEC, and TRAL have full and undisputed authority to make the tender offer, and to do a backdoor listing with the Philippine Stock Exchange.”

In a separate statement, Valdez added that the issues involving Okada “will likely affect the ABG’s share price and the decision of ABG shareholders and prospective investors,” and that continuing with the tender offer “may result in grave and irreparable damage to ABG, its shareholders and investing public.”

Also included as respondents in the complaint were tender offer agent First Resources Management and Securities Corp., the PSE, and ABG.

ABG had previously explained that it would not mention Okada’s pending court case, as this would be a violation of the sub judice rule and may influence the outcome of the case.

The company has disclosed that it had already held elections for its board of directors during the company’s annual stockholders’ meeting, in which shareholders representing “approximately 95.86% of the outstanding capital stock of the Company were present in person or by proxy.”