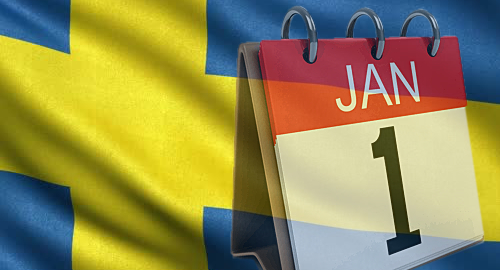 Sweden’s gambling regulator continues to dole out new licenses as the calendar counts down to the launch of its liberalized online gambling market.

On Monday, Sweden’s gaming regulatory agency Lotteriinspektionen – soon to be known as Spelinspektionen – announced that four more companies had been granted new online gambling licenses, bringing the total number of new licensees to 31 ahead of the January 1 launch of the new liberalized market.

INT’L SITES BETTER AT TRACKING CUSTOMER ACTIVITY THAN DOMESTIC FIRMS
Sweden’s motivation in liberalizing its online gambling market was at least partially driven by the desire to ensure better consumer protections, including mitigating problem gambling behavior. But a new study claims that international operators who have been serving Swedish punters without local permission are already doing a better job on that score than domestic operators.

Stockholm University researchers conducted interviews with representatives of both foreign and domestic gambling operators to determine how prepared they were for the liberalized market’s requirements for responsible gambling and problem gambling mitigation.

The researchers ultimately concluded that both international sites and domestic firms “lack a critical perspective when discussing responsible gambling,” and relied on “informed choice in preventing gamblers from developing problems, seemingly arguing that offering responsible gambling measures on their website is enough.”

However, the researchers determined that international gambling operators had “implemented behavior tracking and monitoring of gamblers in a more extensive way than licensed companies.”

Svenska Spel president Per Jaldung said Monday that the regulator had erred in imposing the fine “in the absence of clear regulations and guidance.” Jaldung claims the regulator “has neither issued clear rules nor provided guidance on how to deal with the issues raised as a basis for the sanction decision.”