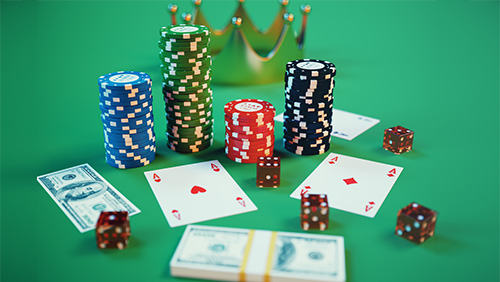 A 58-year-old entrepreneur from Southern California has won his second World Series of Poker Circuit gold ring after taking down the $1,700 Main Event at The Bike for a career-high score of $174,055.

What are you going to do when you retire?

Dress as a goblin and scare the shit out of children at World of Warcraft-themed birthday parties for two-year-olds?

Become a groupie at Placebo concerts?

Set up a webcam in your bedroom and film yourself licking your dog’s balls?

Or maybe you will just play more poker tournaments?

That’s the plan for Steve Spunt, and I think it’s a good one compared to my alternatives.

The 58-year-old entrepreneur from Southern California has turned the bones of 547-entrants into picket fences in the $1,700 World Series of Poker Circuit (WSOPC) Main Event at the Bicycle Casino in Los Angeles.

“I play these for fun, and I realised that most of the time, I’m just not going to be happy,” Spunt told the reporters after his win. “Except now. Now, I’m very happy,”

It’s the second time that poker has left an indelible mark on his mush, the first being in 2016 after taking down a $250 Seniors Event at the WSOPC in Bally’s Las Vegas.

But this is valet parking versus sort it out yourself parking.

The event squeezed $828,705 into a piggy bank, and when the organisers took a hammer to it, Spunt walked away with a career-high $174,055 after outlasting a final table that housed the likes of Craig Varnell, Vincent Moscati and Ian Steinman.

Steinman had twice come close to winning major tournaments in 2018, finishing runner-up to Eric Baldwin in a $1,500 World Series of Poker (WSOP) event during the summer, and finishing in the same puke-filled spot against David Larson when heads-up for a WPT Champions Club berth in Thunder Valley.

Moscati has seven gold rings somewhere in his house.

Fortunately, Spunt came into this one like a cat on heat after two fifth-place finishes in side events at the record-breaking WPT Five Diamond Poker Classic, taking place down the road in Vegas, and harnessed all of that power to beat David Lambard, heads-up for the title.

Three other stars of the game who ended up smashing champagne flutes on the floor instead of drinking out of them were Sandeep Pulusani (13th), Phil Laak (25th) and Ankush Mandavia (29th).

Spunt wasn’t the only big winner at The Bike.

The WSOPC is currently filling up seats at the IP Casino Resort Spa in Biloxi.