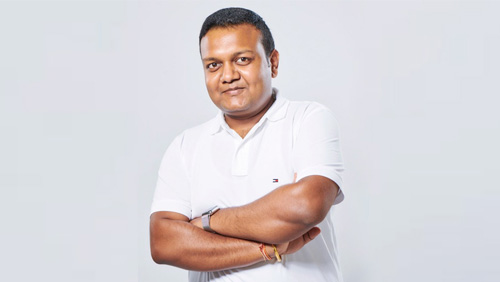 After trying a couple of different choices – mostly medicine and cement – Navneet Makharia decided to go a different route. He got into the skill gaming industry about a year ago, leading to the

creation of India’s Ability Games Pvt. Ltd. company. Ability Games is a skill gaming company that Makharia founded in order to create a similar offering to EA Sports, but for the Indian market. As the company has continued to grow, Ability Games is now the brand behind the popular PokerLion online poker site, as well as the 11Wickets fantasy sports site. Coming up next, rummy and possibly other skill-based games.

Jay Sayta with GLaws recently sat down with the CEO to ask him a few questions.  Makharia pointed out that he has always been a gaming enthusiasts, spending many hours at the poker tables until becoming a master.  He added that the concept of Ability Games came to him after trying to figure how to combine poker with other games.

Makharia adds, “The amazing part of our journey is that we sketched out a business plan on a napkin at dinner party during one of the co-founder’s daughter birthday. This is how we started Ability Games in July 2017. It was our dream to build a poker platform which initiated the creation of Ability Games. Ability Games is the umbrella under which we are developing various gaming apps.”

Ability Games is able to make itself stand out among the competition, despite being a relatively young company, by remaining true to its mantra of “Being useful, being innovative and being consistent.” Makharia admits that there is still work to be done for the company to strengthen its position, but asserts that it is attacking the issue “slowly and steadily.”

When Sayta asked him about the future innovation of fantasy sports, Makharia had to remain silent. He would only say that the team is working on different projects and that they’ll let everyone know what they are as soon as they’re ready.

Makharia acknowledged that the company will soon introduce its rummy platform, Rummy24. He explained that it is still being developed, that it will “rock the rummy world.”

Ability Games could quickly become the go-to gaming platform in India. It is obvious that Makharia, and the rest of the team, are determined to be a driving force of skill-based games in India and that the company will leave an indelible mark on the industry. It is certainly a momentous challenge, given the varying opinions of how to classify games in the country, but it seems like the company’s ready for a good fight.