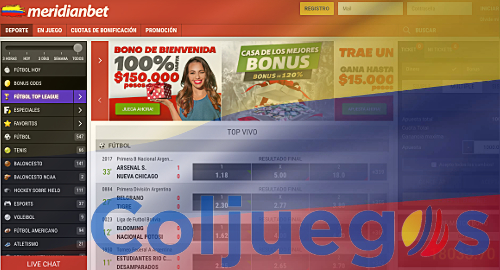 Colombia’s regulated online gambling market is closing out 2018 on a high note, having registered nearly 1.7m customers since the market’s launch 17 months ago.

This week, Colombian gambling regulator Coljuegos offered an update on the country’s regulated online gambling market, which made its official debut in July 2017 with the launch of Aquila Global Group’s Wplay.co site. Coljuegos issued its 16th online license in October to Servicios Distrired SAS and its Megapuesta brand (which has yet to actually launch).

At the end of October, Coljuegos-licensed online operators had registered a total of 1,695,614 customer accounts (out of a population of around 50m souls). New customer registrations are averaging just under 111k per month, with the market’s all-time peak of over 258k new accounts coming in June 2018, just as the FIFA World Cup was kicking off.

Coljuegos president Juan B. Pérez Hidalgo said online licensees have handled over COP1.5 trillion (US$470m) in wagers since July 2017, of which 89% was returned through players’ winnings.

The regulator’s share of these operators’ bounty had topped COP33.7b ($10.6m) over that same span in fees and taxes, money that is directed into funding the nation’s health care system. For the year-to-date, Coljuegos’ share is COP28.4b, more than COP5b higher than it reported through September.

To give its online licensees a fighting chance, Coljuegos says it has cooperated with the Ministry of Information Technologies, the Police Cybernetic Center and local internet service providers to block 1,805 domains of international gambling sites not holding a local license. However, that number hasn’t changed since September, suggesting either that international operators are backing off Colombia’s market, or the cyber cops have already packed it in for the holidays.

Pérez Hidalgo has repeatedly claimed that Coljuegos expected to issue 17 licenses before the year was through, leaving only a few more weeks in which that prediction can be proven accurate.