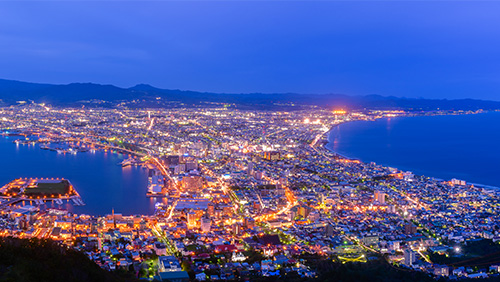 Better late than never. Although a number of high-profile international casino operators have been standing in line to bid on a license for one of three integrated resorts (IR) to be built in Japan, U.S.-based operator and real estate developer Rush Street is just now throwing its name

in the hat. It has announced that it plans on bidding for an IR license in Hokkaido.

The announcement was made this week and was accompanied by the news that Rush Street has also opened its first office in Japan. That office, Rush Street Japan, is located in Tomakomai and the company hopes to work with local officials as well as the community to create an IR strategy that “serves the needs of all stakeholders, including domestic and international customers, employees and the broader community at large.”

According to Neil Bluhm, Rush Street co-founder and Chairman, “Japan is an extremely exciting market for us. We have deliberately delayed our entrance to the Asian markets until we could be sure we could create something that truly aligns to our own vision and values. We bring an expertise and strong track record in establishing sustainable facilities that benefit our host communities through a focus on inclusivity and partnership. Building an IR of this kind in Hokkaido not only will transform the region from an economic standpoint, it will put Hokkaido on the map as a global travel destination.”

His words were echoed by the company’s chief financial officer, Tim Drehkoff, who added that Japan could be a long-term strategy, but that “it cannot be viewed as a one size fits all. What works in Hokkaido is very different to what might work in other prefectures. We have spent a lot of time in Japan in recent years, and in Hokkaido in particular, listening to the views of the local communities and the officials within who will act as host to these IRs. It is clear to us that building a resort which operates as part of the community is critical. Working with our team in Japan, we are committed to delivering a resort that will create a lasting impact.”

Rush Street is solely looking at Tomakomai as a potential location for the IR. It has stated that it isn’t currently considering any options, but would obviously have to change its game plan if residents decide they don’t want a casino in their backyard.