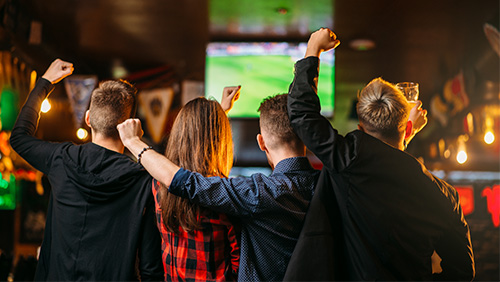 The Seton Hall Sports Poll found that 70% of Americans are more likely to watch games that they place bets on.

Considering the increasing number of states allowing for sports betting, the survey results look encouraging to sports leagues, and those that broadcast their games.

On the other hand, 27% of the 741 adults surveyed through cellphone or landline from November 26-28, said they wouldn’t be more inclined to watch a game if they place a wager on it.

The age group of 18- to 29-year-olds are the ones most likely to tune in when making bets, with 88% answering in the affirmative.

Seton Hall Sports Poll Director Rick Gentile said, “Watching is the first step towards creating a paying fan… In the 1980s, the leagues became aware that fantasy sports were heightening interest, and eventually, they embraced it. Now they appear to be ‘all in’ with something once impossible to imagine.”

According to the poll, currently, only 3% of Americans have ever wagered money on a daily fantasy website.

Only 32% said they would be more likely to bet on sports if it were legal in their state, as opposed to 66% who answered in the negative.

Last April, another Seton Hall Sports Poll survey showed that 62% of Americans wanted sports betting left to states, as opposed to 27% who wanted the federal government to oversee the industry.

Even earlier, in September 2017, 55% of Americans had already expressed approval of legal sports betting.