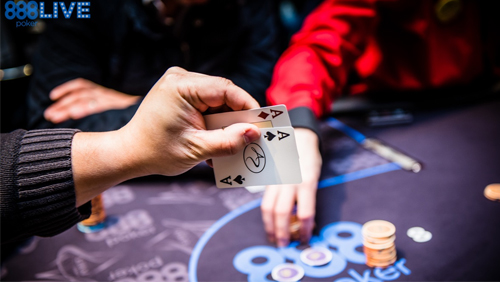 888Poker continue to market 888Live London the right way, this time through a partnership with the most significant female poker group in the world, the Poker League of Nations.

Tomorrow, I fly from London Heathrow to LAX.

In another tomorrow, I may fly to Mars.

After NASA’s robot Insight safely landed on the surface of the red planet last night, I pondered what life would be like once the pioneers begin playing lego with the place?

Will we have machine guns?

Will we create Paris, Rome and London, and with it Eiffel Towers, Coliseums and Big Bens?

Will we have gender equality?

It’s been 13-months since the actress Alyssa Milano posted one of the most important tweets in the 280-character social media company’s history.

If you’ve been sexually harassed or assaulted write ‘me too’ as a reply to this tweet. pic.twitter.com/k2oeCiUf9n

The butterfly effect has been stunning.

As I had dinner with my family, last night, my wife asked me how I would react if my daughter wanted to wear skimpy hot pants to school. My visceral gut reaction was one of anger.

I don’t want to raise a child under an iron thumb, girl or boy.

“It depends on why she wants to wear them,” I said, although, there is a part of me that would turn up at her school wearing the same hot pants.

I don’t believe in God.

Evolution did, and rewriting them is going to be a long process, both revelatory and revolutionary.

Hopefully, the new world order will upload the new blueprints into our grey matter by the time we arrive on Matt Damon’s former home.

I wonder if we will play poker on Mars?

Without a shadow of a doubt, the #MeToo movement has helped females raise their profile within poker. For whatever reason – heartfelt, cynical, to put more bums on seats – there has been a growth spurt with women in poker in the past 12-months that coincides with Milano’s tweet.

Poker rooms, be it live or online, have felt a duty to act.

Female ambassadors grow in number, as do the execs that steer the ships.

One such example is 888Poker, who count Sofia Lovgren, Kara Scott, Vivian Saliba and Ana Marquez amongst their ambassadorial team, and this week, they extended their relationship with female game-changers, by hooking up with the Poker League of Nations (PLON).

Maureen Bloechlinger and Lena Evans founded PLON in 2017, as a conduit to lobby the poker world for more ladies poker events, and they have quickly become the most significant female poker group in the world with over 3,000 members spread over 25 different nations.

On Sunday, December 2, at 19:00, 888Poker and PLON come together to host the £100 Ladies Event at 888Live London. The winner of the event will receive an 888Live poker package for the Bucharest event slated for March 2019.

“PLON is exceedingly pleased to partner with 888poker LIVE London, as ladies’ events are the perfect opportunity and vehicle to build on and support our worldwide ladies’ community whilst providing a comfortable platform for women of a wide swath of experience – from novice to professional players to compete within a world-class environment,” PLON officials said in a statement. “The LIVE London schedule brilliantly allows ladies, travelling a distance to play, not only the Ladies Event, but also the Main Event, and many side events.”

Amongst the PLON ambassadors scheduled to compete at 888Live London are Ana Marquez, Catherine Ivgi, and Lena Evans. High profile PLON members who won’t be in London but continue to support the cause include PokerStars Ambassadors Maria Konnikova and Muskan Sethi, and the Global Poker Index (GPI) top-ranked female, Kristen Bicknell. Three ladies that I think would do an excellent job of terraforming Mars when we have finally destroyed this planet.

The 888Live London event is currently underway at Aspers Casino in Stratford, and it looks like it’s going to be as popular as a pimp in a naval dockyard after 887-players turned up to compete in the £100k GTD £220 Opening Event.

Previous marketing has pointed to the former World Series of Poker (WSOP) Main Event winner Scott Blumstein attending, as is Michael ‘The Grinder’ Mizrachi, but we now know that the reigning WSOP Champion, John Cynn, will also play.

You will find the full schedule right here.

Finally, is 888Poker going to introduce Short-Deck at a live or online event in the future? The question becomes a ponder after 888Poker posted a blog post on how to play the fastest version of Hold’em known to man, including comments on the viability of the game from the likes of Dominik Nitsche and Parker “Tonka” Talbot.

Are we going to see this new format on the site or an 888Live event, or are you merely taking advantage of the latest buzzword in the game?

WSOP Gold: How the ‘I Knew It’ call killed the Johnny Bax dream
Paul Seaton
60 mins Ago