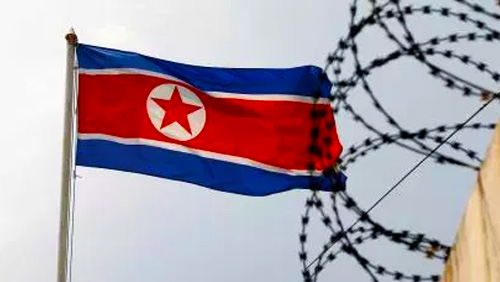 A plan by North Korea to build a casino close to the border with China has been nixed. Radio Free Asia reports that China managed to convince North Korea that the idea was a bad one, and the project has been halted mid-stride.

The casino was to be built in Sinuiju, an economic zone that sits on the northwest border with China, in an attempt to attract Ch

inese tourists. Work on a 30-story hotel was already in progress, but has now been stopped after construction of 20 stories was complete.

China doesn’t permit gambling, except for two lotteries operated by the state. It is pushing to keep its citizens from traveling abroad to gamble in an effort to reduce gambling addiction and to prevent capital from leaving the country.

North Korea faces a number of international sanctions that have damaged the local economy extensively. However, China remains its main trading partner and has a considerable amount of influence over the country.

While some are hypothesizing that the sudden work stoppage at the new casino was due to China’s interjection, a few analysts don’t agree. They point out that there is a casino in North Korea close to the Chinese border in the Rajin-Sonbong special economic zone, and China has not objected to its operations. The analysts point out that the more likely reason for the construction halt would be that the developers have run out of money.

Which is the prevailing theory remains to be seen. The project is being developed by Yang Bin, a Dutch-Chinese billionaire. He has been trying to attract foreign capital to finance the completion of the project, which would lend credence to the belief that the project is short on cash. However, he was arrested in China over ten years ago and imprisoned for tax evasion, subsequently being released in 2016. The fact that he is involved in a project so close to the Chinese-North Korea border could be enough for Chinese authorities to want to shut down the project.

The Sinuiju economic zone is expected to take in around $50 million annually. Given that North Korea’s entire trade volume is about $7 billion each year—and decreasing—the windfall the economic zone could produce would provide welcome relief to the country. However, the future apparently just got a little dimmer.