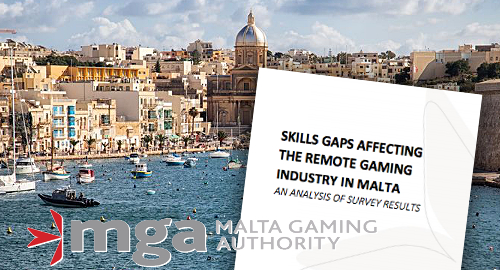 Malta-licensed online gambling operators had nearly 800 unfilled positions at the end of last year, primarily due to a lack of qualified applicants.

On Thursday, the Malta Gaming Authority (MGA) published a report titled Skills Gaps Affecting the Remote Gaming Industry in Malta, following a survey conducted with online licensees in the first quarter of 2018.

Nearly three-quarters (72%) of online operators’ staff was non-Maltese, up four points from 2016, and the share of non-Maltese employees increases with a position’s required skill level. The MGA suggests that the fact that most of the unfilled positions are at the operational level offers an opportunity for the local educational system to teach the skills needed to fill these roles.

Positions largely go unfilled because of a lack of experienced applicants (33%), followed by those lacking the necessary qualifications (24%). The next highest category was competition from other remote gambling operators (23%). Over the past few years, Maltese operators said 37% of their new hires had joined after leaving a rival firm.

Around one-quarter of all remote gambling hiring last year involved individuals recruited from outside Malta, and these hires are primarily done by ‘medium’ (between 50-249 employees) and ‘large’ firms (over 250 employees).

In a bid to boost the local share of remote gambling new hires, the European Gaming Institute of Malta (EGIM) was launched in November 2017 with the aim of increasing the local talent pool and creating more long-term careers for students. The EGIM began offering educational programs last month.