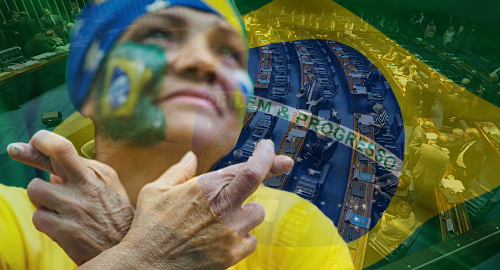 On Tuesday, Brazil’s Chamber of Deputies approved Provisional Measure (PM) 846/2018, which primarily details with the division of lottery revenue among various public security, cultural and social programs. But the measure also includes plans to authorize land-based and online sports betting in “a competitive environment.”

The measure reportedly received only one contrary vote, as Social Christian Party MP Gilberto Nascimento wondered if it made sense to authorize a “lottery through computers” that he claimed would “create a generation of addicts to generate a few million reals more for the public safety fund?”

PM 846’s final text of requires land-based operators to pay out a minimum of 80% of betting handle to their customers, while operators’ gross revenue can’t exceed 14%, with the remaining 6% split between those government-funded programs. Online operators must pay out a minimum 89% to players, operator revenue is capped at 8%, while the government gets the rest.

The legislation gives the Ministry of Finance up to two years in which to craft the necessary betting regulations and issue licenses, the number of which remains unspecified.

The measure now heads to Brazil’s Senate, and there’s more than a little sense of urgency. As a provisional measure, the Senate must approve PM 846 by November 28 if it is to become law. The measure has already received the support of Brazil’s incoming Minister of Justice Sergio Moro, who said earlier this month that it was “very important” that the security forces receive the extra lottery funding.

Brazil’s previous gambling expansion plans — which variously included land-based casinos and a variety of online gambling options — were supposed to be dead in the water until next year. Passage of the sports betting plan may only prove to be a partial victory, but Brazil’s long-suffering bettors won’t likely complain too loud.

BRAZIL’S ONLINE LOTTERY HUMMING ALONG
Meanwhile, the new online lottery service of Brazil’s Loterias Caixa reported sales of US$12.3m since its launch on August 10, representing 1.41% of total lottery sales during the period. The online portal has registered over 413k lottery customers, a fact helped by some of those customers claiming a few significant jackpots along the way.

National Superintendent of Lotteries Gilson Braga said Caixa was “very pleased” with the online lottery’s performance to date, and its capacity to act as “a complementary channel” to land-based operations. Online sales are expected to get a further boost from the launch earlier this month of a new product, Mega da Virada.