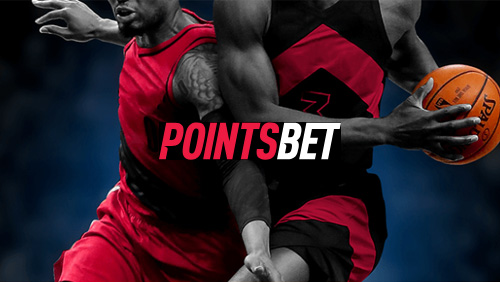 As CIO, Young’s core responsibilities will be to spearhead new market entry and brand identity as PointsBet expands for the fir

st time into the recently legalized American sports betting field. Young’s other initiatives include establishing a stronghold on PointsBet’s online gaming product suite and to build out full strategies and solutions for PointsBet’s retail operations.

“I’m incredibly excited to join PointsBet as the company breaks out its one-of-a-kind sports betting experience into the U.S. market,” said Young. “I’m joining a team of very smart, highly experienced, extremely creative people, and a company that controls its own technology. There’s no doubt in my mind that PointsBet will be at the forefront of new online gaming technologies as legal sports betting continues its emergence. This is the kind of company that any modern organization wants to partner with. It’s the kind of company that says what it means, does what it says, and makes you feel excited about doing business together.”

“With such a successful track record at major gaming organizations throughout the country for over a decade, we’re thrilled to add Seth Young to the PointsBet team,” said PointsBet U.S. CEO Johnny Aitken. “Seth’s extensive experience will undoubtedly empower our users via new betting avenues, and make the high-risk, high-reward wagers from PointsBet customers better than ever.”

Prior to his new role at PointsBet, Young was the executive director of online gaming at Foxwoods Resort Casino where he was responsible for the overall direction of the organization’s online gaming strategies—including social, real-money gaming and sports—as well as the operation of live online gaming products.

Young also previously served as vice president and chief operating officer of Flower City Gaming from 2013 to 2016, where he oversaw the strategic technological development of the company’ flagship brand, Star Fantasy Leagues. Young also ran his own consulting firm, SY Ventures LLC, from 2009 to 2012, and served as the strategy director for TexasHoldem.com between 2005 and 2009.  Most recently, Young won the Innovation Group’s 2018 Emerging Leaders of Gaming Award and was named to Global Gaming Business Magazine’s 40 Under 40 list in 2018.

PointsBet is a US Sportsbook originally founded in Australia. The company is a cutting-edge bookmaker that prides itself on having the quickest and easiest-to-use app (iOS and Android), and providing the best content and experience for sports bettors. PointsBet offers the most markets on all four major U.S. sports leagues (NFL, NBA, MLB, NHL) and points betting in the world, including up to 1,000 markets per NBA game.