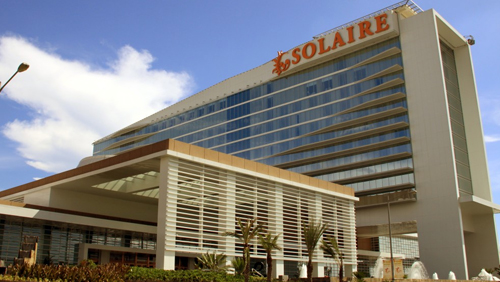 Philippine-listed Bloomberry Resorts Corporation reported a profit of PHP1.1 billion ($21.3 million) for the third quarter, 39% lower than that posted during the same period last year.

In a press release accompanying its latest financial report, the operator of the Solaire Resort & Casino in the Philippines and the Jeju Sun Hotel & Casino in South Korea explained the lower result as “due to lower EBITDA [earnings before interest, taxes, depreciation, and amortization] and a 159% increase in interest expense relating to the new Syndicated Loan,” the proceeds of which “were used to retire previous debt facilities and finance the acquisition of land from PAGCOR [Philippine Amusement and Gaming Corporation] where Solaire and its expansion area is located in Entertainment City.”

Bloomberry Chairman and CEO Enrique Razon said that the company’s performance “goes to show that we continuously try to outdo ourselves in our quest to make Solaire the country’s trendsetter for integrated resorts. I am confident of ending the year with similar stellar results.”

Revenue for the quarter was PHP9.8 billion ($184.2 million), 2.3% higher than the third quarter of 2017. The company explained the increase as “a result of the robust performance of its mass gaming segments in Solaire and lower promo allowances and contra accounts.” Gaming revenue constituted most of this, at PHP9 billion ($169.8 million), 3.8% higher than the same period last year.