Following up on a previous story on Bloomberry and its Solaire casino in the Philippines, the casino operator has now completed the purch 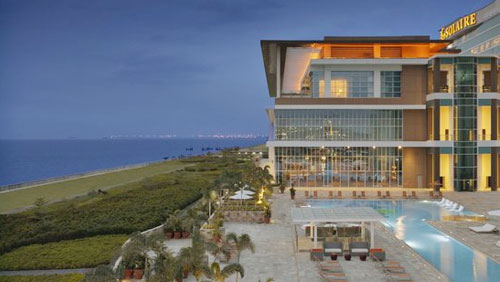 ase of land sitting under the casino. The deal comes after Bloomberry won a bid to purchase the property from its previous owner, the Philippine Amusement and Gaming Corporation (PAGCOR). Bloomberry had previously been paying an annual rent for the property.

Bloomberry, through one of its subsidiaries, completed the cash purchase worth $710.8 million for the two parcels of land under Solaire. According to a filing with the Philippine Stock Exchange, the deed was signed over on Monday to Bloomberry and its subsidiary, Sureste Properties Inc., from PAGCOR.

The land, measuring 39.5 acres, is part of Entertainment City, an area previously designated for large-scale casino development. According to Bloomberry, Sureste was the only bidder for the land in a negotiated sale that was open for bids until April 17. PAGCOR had previously attempted to auction off the property twice, in November of last year and this past January, failing in both attempts.

In the previous attempts, PAGCOR had listed a starting cash price of $726.6 million. Sureste, which owns the leasehold rights of the Solaire Casino, was offered the right to match any offer due to its connection to the property; however, this proved to be irrelevant as no other bids were received.

Following the failed auctions, Sureste submitted an offer to PAGCOR to acquire the land. The proposal was accepted and Bloomberry attracted loans to cover the investment. It also received an additional amount of roughly $700 million to help with other expansion and future projects.

Through the loan agreements, which saw Bloomberry successfully negotiate deals with seven area banks, Bloomberry Resorts & Hotel Inc., a Bloomberry subsidiary, will act as the borrower and mortgagor of the property. Sureste will also act as the mortgagor, as well as provide the collateral and insurance for the loans.

The final price paid is just under $2 million above the floor price requested by PAGCOR. The purchase was seen as a lucrative move by industry analysts, with Morgan Stanley saying that deal could “put Bloomberry’s valuation comparable to peers who own their land.”