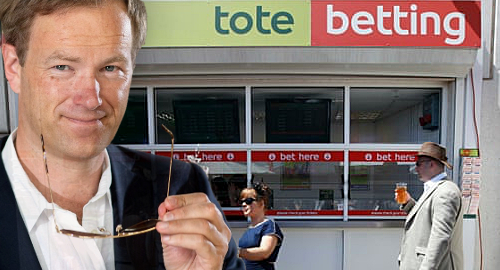 UK racing’s pool betting fans – all six of them – are breathing easier after a last-minute deal saved the iconic Tote wagering service from the ash heap of history.

On Tuesday, a deal was announced between the consortium of 54 UK racecourses known as Britbet, and Alizeti Capital, the Alex Frost-led group that acquired a 25% stake in the Tote from its owner, UK bookies Betfred, in May.

The deal will see the Tote betting pool remain a fixture at UK racecourses for the next seven years, while the racecourses will receive a guaranteed £50m sum over that period. The Tote will also continue to serve as the global pool betting provider for international commingling purposes.

The deal requires Alizeti to eventually acquire the remaining 75% of the Tote from Betfred boss Fred Done, who has appeared eager to rid himself of these meddlesome track owners ever since he acquired the Tote in 2011. Done’s Tote monopoly expired in July and the Britbet scheme was intended to allow track operators to regain control over the pool betting business.

The plan now is for the new partners to work together to arrest the Tote’s decades of decline – its share of the UK’s race betting turnover currently stands at around 3% — particularly by growing the Tote’s digital business. The Britbet brand will be retired before it even took a wager, although the folks behind it will now be responsible for the Tote’s track-based operations.

Alizeti’s Frost (pictured), himself an owner and breeder in addition to being a former banker, issued a statement saying his group was “committed to being part of helping secure British racing’s finances for generations to come through a revitalized Tote.” Frost called Tuesday’s deal “another very important step forward in enabling this to happen” and hailing the new “united approach” to resuscitating the Tote’s fortunes.