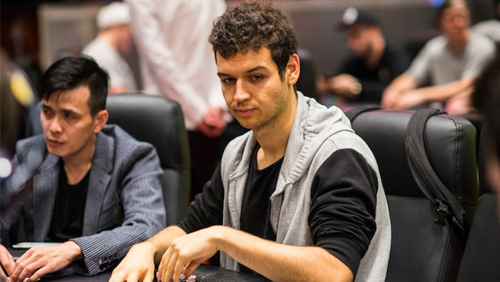 The final round-up of the week from the World Series of Poker Europe, including a second bracelet of the year for the Australian Michael Addamo, and a first for Hong Kong’s finest Anson Tsang.

To say Michael Addamo was tired after his bracelet win over Christian Rudolph in Event #8: €25,500 No-Limit Hold’em Super High Roller is an understatement. The Australian only flew in to compete in the High Rollers and landed just before the start of this one.

And it was a long one, with the final day ending as the cleaners began unpacking mops and buckets around the 6 am mark. However, the lack of sleep is well worth it when you emerge with a second World Series of Poker (WSOP) bracelet and €848,702.

The €1m GTD event attracted 133-entrants, tripling the guarantee, and Addamo became the third person to win bracelets either side of the pond this year after Hanh Tran and Timur Margolin achieved a similar feat earlier in the series.

Addamo beat the German star Christian Rudolph in a difficult heads-up battle that saw more double-ups than pianos in a piano shop, with the Australian finally getting the job done at the crack of dawn when his AQ beat 77 in a race to the death.

It’s Addamo’s seventh career win and his most significant score.

The Australian has now won more than $3m in live earnings. In the summer he won his first WSOP gold bracelet, beating 1,637-entrants in the $2,620 No-Limit Hold’em Marathon.

It was a good day for high rollers with Anson Tsang taking down Event #7: €2,200 Pot-Limit Omaha 8-Handed.

The star from Hong Kong conquered a field of 187 entrants (106 unique, 81 re-entries), including Ilya Bulychev, heads-up. Tsang was the Day 1 chip leader, and Bulychev was the Day 2 chip leader, so both reached the final phase in stellar form.

The duel was brief.

Tsang began it with a slight chip lead, and never relinquished control although he did need the help of the deck in the final hand with Bulychev flopping a straight, and Tsang hitting runner-runner outs to win the title with a flush.

Tsang has now won $2.4m in live tournaments, and this was his second win, the first in a decade. He has had some limited success in High Rollers including a $921,004 cash in an HKD 1m buy-in event at the Guangdong Asia Millions back in 2013, and more recently finishing second in a €10,300 Pot-Limit Omaha (PLO) High Roller at the PokerStars European Poker Tour (EPT) in Barcelona in August.