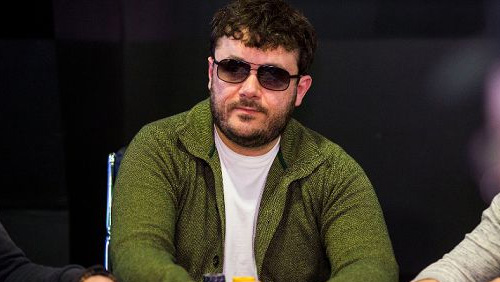 The Card Player Poker Tour (CPPT) Venetian Main Event found a winner last Wednesday. Anthony Zinno, who was the CPPT Player of the Year in 2015, held on to take the victory, outlasting 546 opponents for the first-place prize of $466,670. He has now picked up over $8 million in live-action tournament winnings in his career.

This summer proved to be fairly successful for the U.S. poker pro. He cashed 11 times during the WSOP, making three final table appearances. He took third in both the $10,000 NLHE Championship and the $565 Pot-Limit Omaha online tournament for a combined $186,000 before picking up some more WSOP cash on his way to the Venetian.

With the huge win behind him, Zinno said that it’s time for a vacation. He stated, “I’ve been looking for a good excuse to take a break. I’ve been grinding, almost nonstop, for the past few months. I had just one night off the entire WSOP. I was on a mission to get another win. So this feels like a good opportunity to take a nice, long vacation. I pulled out a win, and now I can reward myself and focus on things I’ve been neglecting while I’ve been concentrating on poker.”

Zinno has picked up three WPT titles and one WSOP bracelet, which he won at the $25,000 Pot-Limit Omaha High Roller tournament in 2015. In 2013, he made it to the final table in the same CPPT tournament and the rest is history. “My first pretty big score came in this tournament in 2013. I didn’t have a large enough bankroll to put up $5,000 myself back then, so my buddy was nice enough to go halves with me. I ended up getting fourth place ($86,964), which basically started my live career. Shortly after that, I won the WPT at Borgata,” he explained.

The win didn’t come easy for Zinno. At the final table, he was up against players such as Dan Shak, Martin Jacobson, Stephen Chidwick, Ben Jones, Bryan Piccioli and Jay Farber. Chidwick has had an incredible run this summer, reaching the final table in 18 events. He won four titles this summer and has now amassed over $7.3 million. He made it to fourth at the CPPT Venetian Main Event to add another $177,091 to his wallet.

Piccioli fell next, taking home $237,808 in the process, leading to a showdown between Zinno and Jones. On the final hand, Jones, who was down in chips, responded to a Zinno three-bet by shoving all-in. Zinno felt confident and immediately called. Flipping the cards over, Jones was holding A-K against Zinno’s A-J, giving Jones the slight edge. The British player found lady luck on the flop when a K-6-6 appeared, and he was already beginning to see his chip stack double to take over as leader. However, lady luck is a fickle creature. She produced a J on the turn and another on the river to give Zinno a set and the win.

Jones, who took down the $1,600 six-max NLHE WSOP event in June, was awarded $390,956 as a consolation prize for his second-place finish.