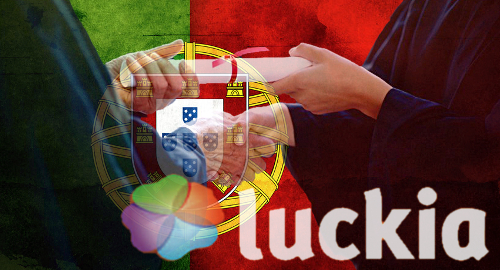 On Monday, the Serviço Regulação e Inspeção de Jogos do Turismo de Portugal (SRIJ) regulatory body confirmed the issuance of its 14th and 15th online gambling licenses to the Luckia Gaming Group, which plans to operate in the country using the Luckia.pt domain.

The company had been publicly crowing about its new Portugal permission slips since early August, although the SRIJ announcement shows that the official permission wasn’t granted until September 5.

The Luckia.pt domain has yet to launch, reflecting the lack of urgency Luckia president José González Fuentes offered when reviewing his company’s 2017 fiscal performance earlier this year. Fuentes told Spanish media that the company didn’t have “much ambition in Portugal because it is a modest country,” but the market was nonetheless important due to its “proximity” to Luckia’s Spanish home base.

Fuentes also noted that the tax burden Portugal imposed on its online gambling was “very high,” which would make posting an online gambling profit “not easy.” Portugal taxes online casino and poker revenue at an incremental rate of 15-30%, while sports betting is taxed anywhere from 8-16% of wagering turnover.

These taxes have been blamed for the fact that Portugal’s 15 online licenses are held by only eight operators, as the rest of the industry apparently views Portugal’s regulated market as the place profits go to die.

This month brought reports that Portugal’s government planned to introduce a new 25% flat tax on all online gambling revenue, but these plans were nowhere in sight when the 2019 budget plan was officially delivered to parliament last week.

Luckia has been broadening its geographic reach this year, including winning a license in Colombia’s regulated online gambling market in February. The company is also plotting an online launch in Nigeria and keeping a close watch on developing opportunities in Peru.