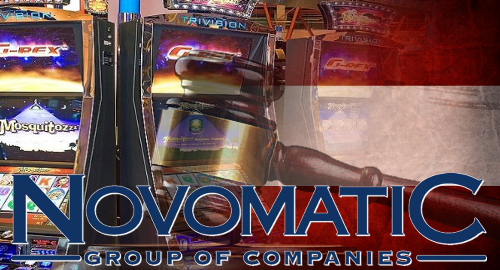 Austrian gaming giant Novomatic Group has been ordered to pay €2.5m in compensation to a gambling addict who couldn’t kick the company’s slot machines.

On Monday, Austrian media reported that the Regional Court of Wiener Neustadt had ruled in favor of an unidentified plaintiff who sued Novomatic after losing slightly more than €2m playing the company’s slots between 2002 and 2012. Novomatic has been ordered to repay this sum, plus interest.

The plaintiff’s lawyers introduced evidence from a psychiatric expert witness who claimed the plaintiff was “partially incapacitated” by his addiction, to the extent that he couldn’t work. The court found that this incapacitation had rendered invalid any bets the gambler placed with Novomatic devices.

The ruling was reportedly issued August 10 but has only now been made public. The court reportedly also found Novomatic in violation of Austria’s gambling rules due to its machines exceeding government-mandated limits on both wagering stakes and payouts. Novomatic has already stated that it intends to appeal the ruling.

This isn’t the first time an Austrian court has sided with a gambler’s claim that his psychological state was sufficiently addled by Novomatic machines that his losses should be nullified. In 2014, a Viennese court ordered Novomatic to refund €800k that an overenthusiastic slots jockey had frittered away in the company’s non-casino slots.

That same year, Vienna’s municipal government proposed a ban on slot machines outside casinos, which took effect on January 1, 2015. At the time, the city reportedly had around 2,600 non-casino slots, 1,500 of which were operated by Novomatic.

The local pols claimed the ban was intended to reduce the likelihood of local residents gambling away their mortgage money while filling up at a local gas station or enjoying a pint on the way home from work. However, critics said the ban was more intended to shore up the bottom line of the state-owned Casinos Austria group (in which, ironically, Novomatic now holds a significant ownership stake).