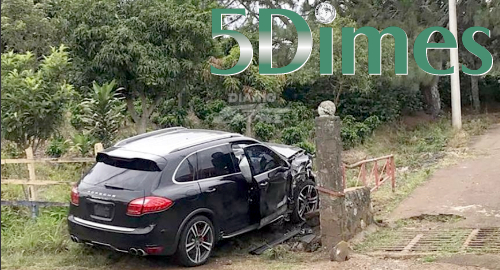 Costa Rica-based online sportsbook 5Dimes has issued a statement following media reports of the disappearance of the company’s owner.

On Wednesday, 5Dimes provided a statement to the Sports Betting Review online forum regarding Costa Rican media reports of the disappearance and suspected kidnapping of William Sean Creighton, popularly known as ‘Tony,’ the owner of the 5Dimes operation.

The statement, attributed to ‘5Dimes Management,’ reads in full:

“Despite recent news, 5Dimes Group board of directors and its over 300 employees would like to reassure its clientele the fundamentals of 5Dimes Group operating model remain unchanged.

We continue striving to deliver the best gambling experience to our customers, always aiming to innovate in the industry with more and better betting options to choose from.

Our thoughts and prayers join the rest of the online gambling industry for Tony’s safe return to his family.”

Earlier this week, Costa Rica’s Judiciary Investigative Police (OIJ) confirmed they were investigating the disappearance of Creighton, who was last seen leaving his office the night of September 24. Local media reported that Creighton’s wife had received a call from his kidnappers that same night and paid a hefty ransom — variously reported as $750k, $950k or $1m — in cryptocurrency without securing Creighton’s release.

Local tabloid paper Diario Extra has since reported that Creighton’s Porsche Cayenne Turbo (pictured), which was found abandoned in a rural area the day after his disappearance, had been “intentionally crashed” into a private property gate by his kidnappers shortly after the alleged abduction.

Diario Extra further reported that there was some friction between the OIJ and the US-based private investigators that Creighton’s wife reportedly engaged to probe his disappearance. The investigators, said to be former FBI agents, reportedly earned the OIJ’s ire by acquiring firearms after arriving in Costa Rica without first clearing this with the OIJ.