A couple of tales from the World Series of Poker Circuit including Main Event victories either side of the pond for Emil Bise and Heather Alcorn. 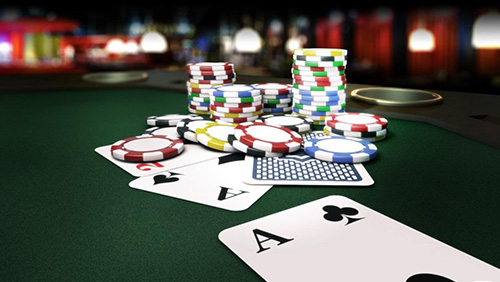 The World Series of Poker Europe (WSOPE) is underway in Rozvadov in the Czech Republic.

The first of eight starting flights in the €550 buy-in COLOSSUS is in the bag, and a Polish guy called Dariusz Glinski leads the 12 people who survived the cull with 669,000 chips.

31 of them tried a second time.

The current World Series of Poker (WSOP) Player of the Year (POY) leader Shaun Deeb was amongst the entrails lying on the poker room floor.

So not much to report.

The prelude to the WSOPE in Rozvadov was the World Series of Poker Circuit (WSOPC) in Rozvadov, and of the 12 gold rings, the shiniest of them all was the one reserved for the winner of the €1,650 buy-in Main Event, a ring that now sits on the stumpy finger of Emil Bisel.

Bisel defeated a field of 565 players, and 110 re-entries to claim the €185,652 first prize in the €1m GTD tournament. The man from Switzerland, whose previous personal best was $12,433 for winning an SFr 550 buy-in No-Limit Hold’em event in the Swiss Casinos Schaffhausen last year, defeated Eyal Bensimhon, heads-up.

Bensimhon’s story is a magnificent one.

Last year, Bensimhon left his role with 888Poker to try and make it as a live tournament pro and judging by his results, he can now douse the bright ashes of his previous career because he won’t be going back.

Since leaving his position, he has won six tournaments including three WSOPC events, two of which he took down in Rozavadov, including last year’s Monster Stack, beating 763-entrants to win the €69,550 first prize.

It’s also worth mentioning that Ritat Gegic feels extremely comfortable when he comes face to face with the King’s Casino front door because he finished eighth after finishing third last year.

Two other European starlets shedding vanilla tears in this one were Paul Berende (46th) and Raphael Wimmer (65th).

From Rozvadov to Southern Indiana, and a 41-year-old WSOPC dealer has taken down the $1,700 buy-in Main Event and gold ring at the Horseshoe Southern Indiana in a fantastic storyline.

Alcorn usually works at these events but had to miss this one for personal reasons. At any rate, the studious employee swung around for a chinwag with her workmates, and decided to enter Event # 7: $400 No-Limit Hold’em, and finished eighth for $1,752.

Buoyed by her success, the Missouri native paid $400 to enter the No-Limit Hold’em Monster Stack and finished fourth for $10,150.

By now there was no stopping her.

Alcorn defeated 389 entrants, including Kevin Iacofano, heads-up, to bag a personal best score of $129,654, and with it a seat in the WSOP Global Casino Championships. Iacofano had already bagged his seat at that table by winning the Main Event at the Rio earlier this year.

Two other tyrants of the poker table to run deeper than a worm with a mission to get to the core of the earth were Ari Engel (16th) and Timothy Miles (34th).