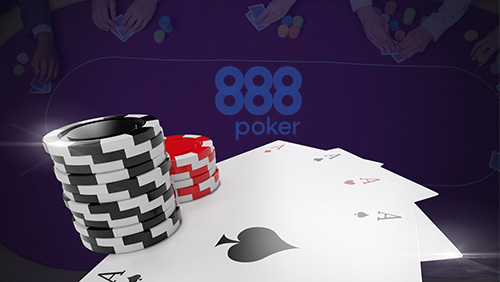 888Poker is making a desperate attempt to draw in new customers. The online poker operator has seen it lose a significant share of the market and is hoping a revitalization effort will save the day. It has announced that it will introduce a poker product “overhaul” by the end of this year that will be the “biggest product overhaul in 6 or 7 years.”

The site is going to introduce a new poker client, Poker 8, Poker Fuse first reported. It will be launched on a phased rollout and will reportedly change the company completely.

In its H1 2018 report, 888 described Poker 8 as “a new and improved cross-territory poker platform,” stating, “We have worked with and taken feedback from our players and the new platform will improve the display of the tables, functionality in the lobby and enhance graphics to provide an even more engaging and modern poker experience.”

888Poker saw drastic drops in revenue during the first half of 2018. During the first six months of the year, the company took in around $30.6 million, a decrease of 28%. This was reportedly the worst performance for the operator since 2010. In the last half of 2017, its revenue also dropped 16%.

The company blamed the decrease on a tough market that has been made tougher by other operators who employed “old school tactics” to convince customers to move from its platform to the competition. It complained about other operators raising tournament guarantees and offering extra bonuses as ways to draw in more of its player base.

888Poker also blamed an exit from the Australian market as a reason for the decline. The problem with this assertion is that the company existed in January of last year—it wouldn’t have impacted this year’s numbers.

According to a company representative, “Poker remains a very important acquisition tool and the flow of poker players also playing casino and sport continued to be an important element of the business.”

Thus, the introduction of the new platform, Poker 8. However, the company has been mum on what exactly the platform will provide that will shake things up. Unless it’s free Mai Tais and weekends on the beach, it’s going to have a difficult time bouncing back.

According to Poker Scout, 888Poker is the seventh most popular online poker site. PokerStars—both the original and the PokerStars Europe versions—rank higher, as do IDNPoker, partypoker, GGPoker and Winamax. At least it beats out Unibet and Svenska Spel.